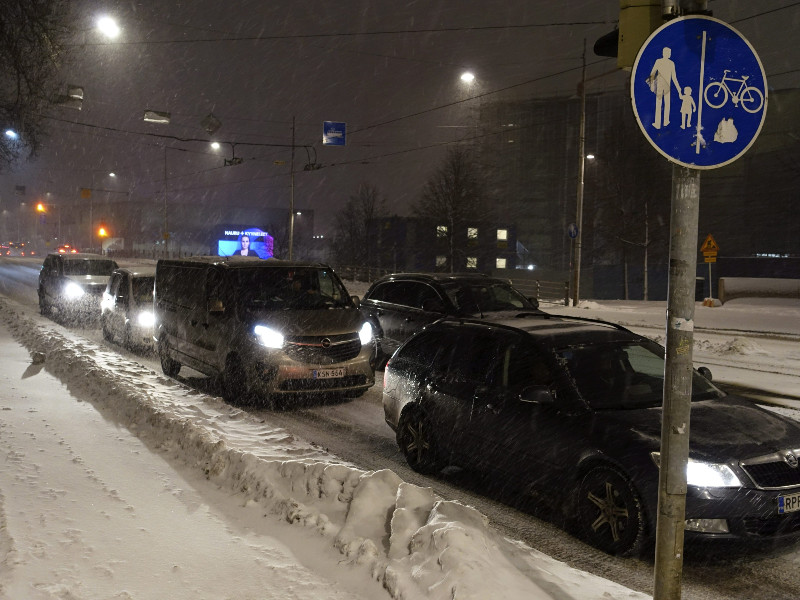 Cars at traffic lights on Mannerheimintie in Helsinki on 12 January 2021. (Teemu Salonen – Lehtikuva)

THE GOVERNMENT of Prime Minister Sanna Marin (SDP) decided in its recent discussions on transport emissions to defer decisions on possible tax hikes and road user charges until next autumn, reports Helsingin Sanomat.

Decisions on subsidies and incentives that aim to reduce transport emissions may nonetheless be made as early as in the framework session scheduled for April.

Helsingin Sanomat on Thursday wrote that the five ruling parties differ on both the measures themselves and the timetable for their implementation. No measures, however, have been taken off the table completely and the possibility of tax hikes may be revisited in the autumn if the other measures fail to create the emissions reductions targeted.

The government’s roadmap on fossil-free transport sets forth the ambitious target of halving greenhouse emissions from domestic transport by 2030 and achieving net-zero emissions by 2045. The target will necessitate measures especially in road traffic, which is responsible for 94 per cent of transport emissions in Finland.

Experts have estimated that the targets cannot be met without adjusting the prices of fossil fuels in reports presented to the Ministry of Transport and Communications.

The roadmap will be submitted to various stakeholders for comments on Friday.

The Centre Party has encouraged its coalition partners to investigate the impact of teleworking on transport emissions and, as a result, the extent of necessary emission cuts. The party gauged last autumn that by utilising the lessons learnt from the coronavirus epidemic an increase in teleworking could account for almost a third of the necessary cuts.

Its coalition partners are sceptic about the notion, partly because the government cannot order employees to work from home and partly because of the uncertainty about the long-term implications of the epidemic.

The Centre has also been adamant in the discussions that taxes on fossil fuels must not be raised more than the expected increase in consumer prices during this electoral term, a clause that is laid down in the government programme. The party reiterated earlier that it will not approve of bigger tax hikes, arguing that the reduction targets can also be met without the hikes.

The government will also look into the possibility of introducing a trading scheme for transport emissions and raising the distribution obligation for bio-based fuels, which is set to rise to 30 per cent in 2029.