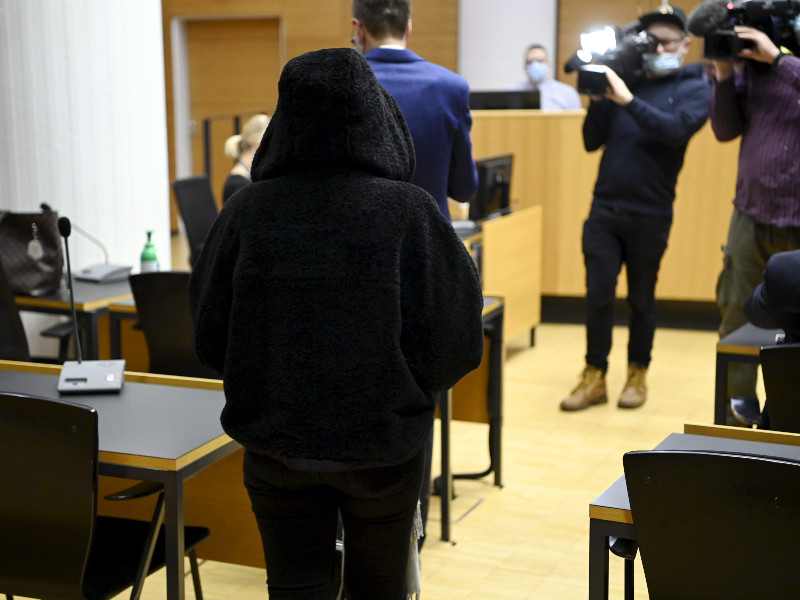 The daughter of the allegedly dead asylum seeker was photographed in the District Court of Helsinki on 11 January 2021. (Antti Aimo-Koivisto – Lehtikuva)

THE PROSECUTION is calling for prison sentences to both defendants in a case in which the daughter and former son-in-law of an unsuccessful asylum seeker are believed to have misled the European Court of Human Rights (ECHR).

The ECHR in November 2019 ruled that Finnish authorities violated human rights laws by deporting the asylum seeker, who had allegedly been shot dead a few weeks after his return to Iraq.

Finland was consequently ordered to pay the daughter 20,000 euros in compensation for the human rights violation, but the government has stated that it will not pay the compensation on account of the criminal investigation.

Joonia Streng, the defence counsel of the daughter, confirmed in court that his client and her husband had fraudulently claimed that the asylum seeker had died but denied that either the fraud or forgery was aggravated in nature.

“When evaluated as a whole, the offence was not aggravated in light of the subordinate position of my client in the family and the factual opportunity to take another course of action,” Streng stated to Helsingin Sanomat at the District Court of Helsinki on Monday.

The accounts of the daughter and her former husband differ dramatically from one another. While the woman has argued that the plot was machinated specifically by the men of the family, her ex-husband has stated that he had no knowledge of the fraudulent documents used to fabricate the death of the asylum seeker.

Streng described the upbringing of the woman as very patriarchal and highlighted that her ex-husband had had the final say on how the family lives in Finland. The marriage, he added, ended in a women’s safe house.

“The marriage literally was between the fist and the stove,” said Streng.

The prosecution is not convinced that the woman had a passive role in misleading first the ECHR and later the Helsinki Administrative Court.

The idea of fabricating the death of her deported father, it argued, was born after she had received her second negative asylum decision in Finland. The woman was therefore at risk of having to leave the country against her will and her husband of seeing his wife and the mother of his children move to Iraq.

The defendants have both been charged with aggravated forgery on account that the forged documents were presented not only to the ECHR but also to the Helsinki Administrative Court in 2017–2019.

Helsingin Sanomat on Monday also reported that the documents used to mislead the courts were incomplete and contained blatant mistakes: the death certificate, for example, failed to note the time of death, while all of the documents were dated on the same day.