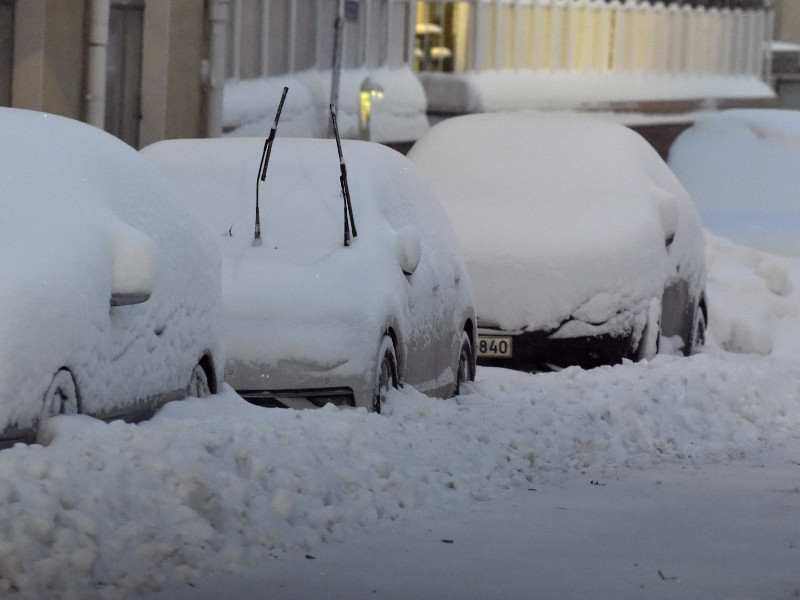 Residents on Laivurinkatu in Helsinki woke up to find their covers covered in thick blanket of snow on Wednesday, 13 January 2020. (Jussi Nukari – Lehtikuva)

HEAVY SNOWFALL has continued to cause difficulties to motorists for the third consecutive day in parts of Southern Finland.

Helsingin Sanomat on Wednesday reported that dozens of road vehicles have skidded off the road and got stuck in the capital region due to the blizzard that, for example, has added 36 centimetres to the now 61-centimetre snow cover at Helsinki Airport.

Central Uusimaa Rescue Department, it added, alone had responded to approximately 50 road traffic-related calls by this morning. The department is responsible for providing fire and rescue services in the municipalities of Hyvinkää, Järvenpää, Kerava, Mäntsälä, Nurmijärvi, Pornainen, Tuusula and Vantaa.

The blizzard is forecast to subside as the day progresses, making way to colder temperatures for the latter half of the week. The Finnish Meteorological Institute (FMI) has issued a cold-weather warning for Eastern Finland, with the mercury set to drop as low as -30°C on Wednesday.

Parts of Lapland could see temperatures plummet to as low as -40°C on Thursday, according to YLE. The cold weather will make its way also to southern parts of the country in the wee hours of Friday.

“The low temperatures will start to ease after Friday, once the winds pick back up and the weather becomes more overcast,” said Anne Borgström, a meteorologist at YLE.