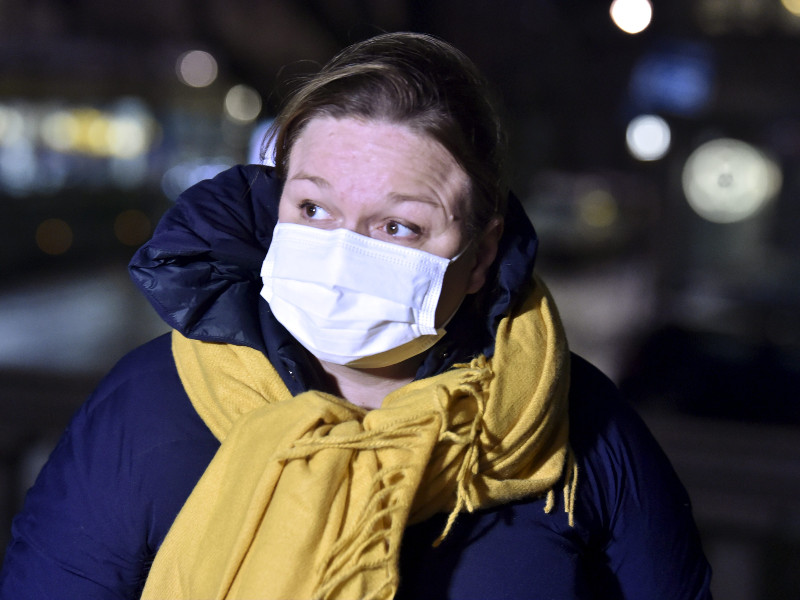 Minister of Family Affairs and Social Services Krista Kiuru (SDP) says the government is mulling over tighter restrictions in response to new variants of the coronavirus. (Jussi Nukari – Lehtikuva)

THE FINNISH GOVERNMENT is under growing pressure to adopt stricter restrictions in response to the emergence of new, more transmissible mutations of the new coronavirus.

Minister of Family Affairs and Social Services Krista Kiuru (SDP) stated on YLE A-studio on Monday that the government has no choice but to re-examine its strategy to combat the epidemic in light of the development.

Kiuru pointed out that the incidence of the coronavirus has been on the decline in Finland since Christmas. The more transmissible mutations, however, have stirred up concerns within the government, with reports indicating that they have caused at least 49 infections in the country in the past several weeks.

“Measures have been proposed to step up security at the borders, but so have tighter restrictions that we could adopt inside the country,” she stated to the public broadcasting company, estimating that the restrictions could target, for example, restaurants, public spaces and leisure activities.

“We’ll also have to consider the possibility of suspending upper-secondary [education] activities. We’re for the first time ever in a situation where it appears that the virus is transmitting more easily also to children and young people.”

Helsingin Sanomat on Monday revealed that nearly all of the infections caused by the mutations have been detected in passengers arriving in the country or people who have into close contact with them. The source of infection is unknown only in three cases, which were detected through regular diagnostic protocols not linked to testing at the borders.

“It’s impossible to point to any kind of travel-related contact in these cases,” Mika Salminen, the head of health security at the Finnish Institute for Health and Welfare (THL), confirmed to Helsingin Sanomat.

“That isn’t terribly surprising because it isn’t always possible to determine every close contact. There may, though, be an indirect contact with someone who has travelled in the background.”

The British variant of the coronavirus has resulted in a dramatic increase in the number of new infections in, for example, Ireland. The incidence of the virus in the country has jumped from 80 to 1,129 cases per 100,000 inhabitants in roughly a month, with the latest data set showing that the new variant accounted for 45 per cent of new cases, according to the BBC.

Could the same happen in Finland?

“Travelling was at another level [in Ireland],” Salminen replied to Helsingin Sanomat. “It’s not surprising that the situation is like this in Ireland, if the variant has enriched in England and is now the prevalent form.”

It also remains premature to make predictions about its impact on the epidemiological situation in Finland. “Using the precautionary principle, we’ve tried to minimise the variant’s entry to Finland.”

The effort to combat the new mutations is founded on measures introduced at the border and sequencing the variants inside the country in an attempt to make sure any changes are detected as soon as possible. Salminen said he is not aware of any plan for the eventuality that the variant accelerates the epidemic in Finland similarly to Ireland or Great Britain.

“I don’t think there’s information at this time about what should be done and shouldn’t be done. The situation is fairly calm right now, but we’re naturally monitoring it constantly. I’m sure additional restrictions will be adopted if they’re deemed necessary,” he told Helsingin Sanomat.