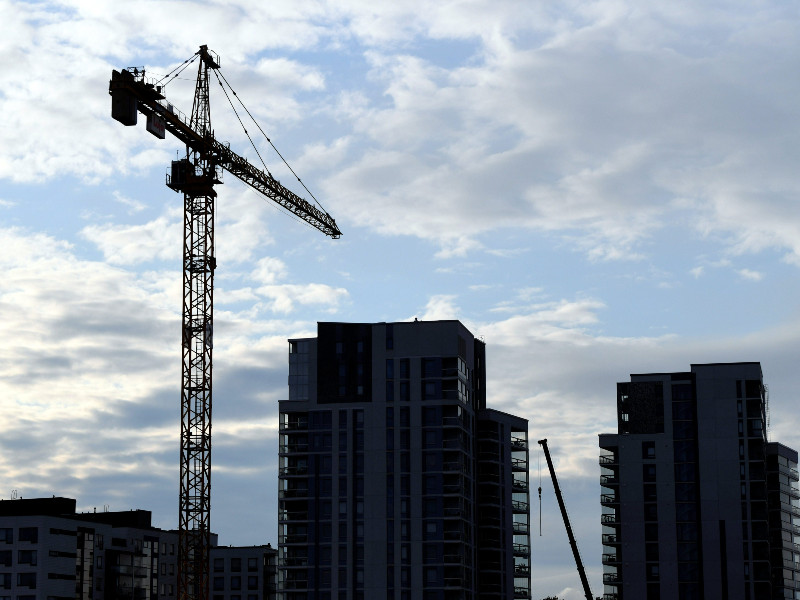 A residential area under construction in Espoo on 7 October 2020. (Antti Aimo-Koivisto – Lehtikuva)

TOUGHER MEASURES are required to prevent the spread of the new coronavirus at construction sites, states the Finnish Construction Trade Union.

The trade union stated earlier this week that the virus spreading at construction sites is a risk particularly because of foreign workers who are either unable or unwilling to observe the quarantine recommended by Finnish authorities.

The issue, it said, should be addressed by introducing mandatory coronavirus tests and quarantines for workers coming from abroad.

People arriving from countries subject to travel restrictions – that is, nearly all countries in the world – are currently instructed to observe a 10-day self-monitored quarantine. While the construction industry is instructing foreign workers to observe a longer, 14-day quarantine, recommendations alone cannot guarantee the safety of construction sites, especially in light of the typical housing conditions of foreign workers, according to the trade union.

“The housing facilities are cramped and shoddy. It’s very rare that people have their own rooms, not to mention bathrooms,” Matti Harjuniemi, the chairperson of the Finnish Construction Trade Union, stated to Helsingin Sanomat.

“A self-monitored quarantine is absolutely meaningless in our industry, because remote work is not possible.”

The Finnish Construction Trade Union has called for more effective measures against the epidemic at construction sites throughout the year, a demand that has also been echoed by the Finnish Institute for Health and Welfare (THL).

Harjuniemi estimates that construction sites have more infections than usual.

“The gut feeling is that whenever tests have been taken among construction workers, there have been more positive results than among the entire population,” he stated, adding that he has no comprehensive data on the number of infections.

Aleksi Randell, the managing director of the Confederation of Finnish Construction Industries, pointed out to the newspaper that construction firms have taken action to promote workplace safety amid the pandemic and avoided massive delays at sites.

“There have been infections, but the industry has adhered to the instructions and set up practices that have made it possible to work safely,” he argued.

Also he admitted, however, that the temporary housing arrangements of foreign workers are associated with risks: “Some of the foreign workers aren’t living permanently in Finland, but they live in shared housing. It’s clear that the risk of exposure is higher there.”