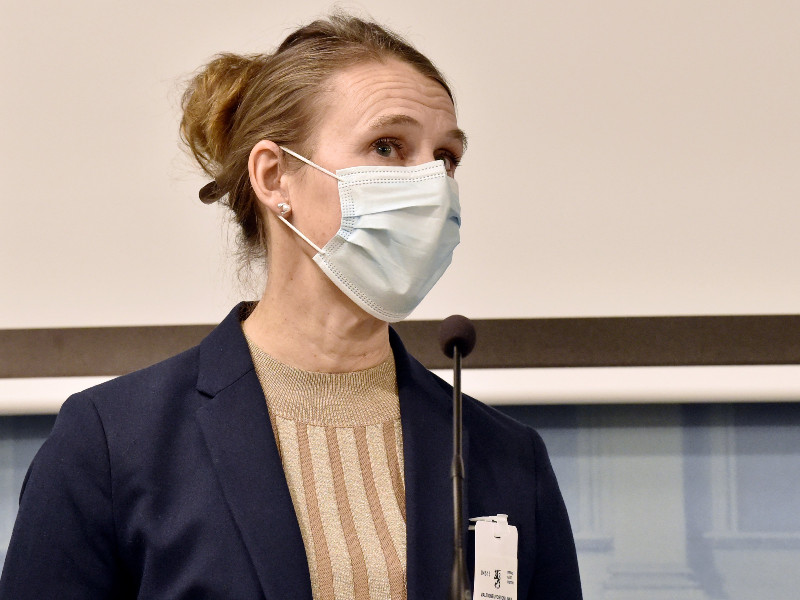 Leena Turpeinen, the director of health and substance abuse services at the City of Helsinki, spoke at a news conference in the Finnish capital on Tuesday, 5 January 2020. (Jussi Nukari – Lehtikuva)

HOSPITAL DISTRICTS across Finland would be able to vaccinate people against the new coronavirus at a faster rate, but the availability of vaccines has thus far prevented the vaccinations from clicking into full gear, writes Helsingin Sanomat.

Finland has so far taken delivery of roughly 50,000 doses of the vaccine developed by Pfizer and Biontech, with roughly 7,000 people vaccinated against the virus.

The country is set to receive five to seven million doses of the vaccine by next summer, according to YLE.

Leena Turpeinen, the director of health and substance abuse services at the City of Helsinki, on Tuesday stated in a press conference that the availability of vaccines has “understandably” been limited, but once it improves the capital will be able to vaccinate at a faster rate by temporarily re-assigning employees from, for instance, school health care and child and maternity clinics.

The Finnish capital, she said, had vaccinated about 3,000 people by the end of last week and presently hopes to start the vaccinations of elderly residents on a broader scale in late February.

“The vaccinations will now move on to the municipalities and joint municipal authorities, as well as the clients of around-the-clock nursing facilities,” she was quoted as saying by Helsingin Sanomat.

Nevala said the pace of vaccinations will depend largely on whether the vaccines are delivered on time. The current estimate is that the vaccinations of staff members and residents at nursing units will continue into February.

There is, however, considerable uncertainty given the lack of precise information about the number and schedule of doses to be distributed to hospital districts.

“That’s the reality,” said Nevala. “The plan can change on a daily basis and coordinating the situation requires constant dialogue,” she said, stressing that the vaccination effort has begun well. “There’s no shortage of readiness to take the vaccine, which is a good thing.”

The message was the same from Tampere: the vaccination campaign has begun well, but it could be sped up if only there were more vaccine doses to administer.

“The availability of vaccines isn’t good enough at the moment that we could carry out widespread vaccinations,” Juhani Sand, the chief administrative physician at Tampere University Hospital, confirmed in a press conference about the epidemiological situation in Pirkanmaa on Tuesday.