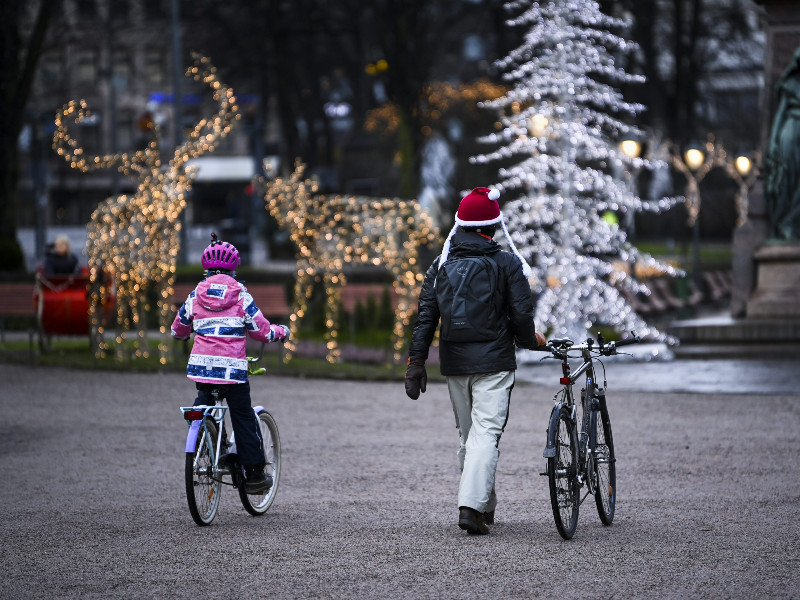 THE CORONAVIRUS TASK FORCES in Uusimaa, the most populated region of Finland, will convene today to examine the epidemiological situation and the need to uphold the restrictions adopted to control it.

“It’s clear in the current epidemiological situation that the restrictions will be extended. The case numbers are still way too high for us to remove the restrictions altogether,” Mayor of Helsinki Jan Vapaavuori (NCP) stated to Helsingin Sanomat on Monday.

The current restrictions on, for example, public events, in-person instruction in upper-secondary education and indoor and outdoor leisure activities are set to expire at the end of the week.

The Finnish Institute for Health and Welfare (THL) reported 147 new infections on Monday and 168 on Sunday. The majority of the infections were detected in the capital region.

Vapaavuori added that although it remains premature to do away with the restrictions, the task forces will weigh up the restrictions especially on the indoor leisure activities of children and young people, given that their infection risk is lower than that of adults.

“We’ll also have to evaluate whether the suspension of leisure activities is having an unreasonably big negative effect or whether it’d make sense to ease the restrictions in that regard,” he said.

He told that he considers it unlikely that in-person instruction will be suspended for pupils in the last three years of basic education, a possibility that was floated following the detection of infection clusters in schools and an up-tick in infections among teenagers before the holidays. The rationale for this is the same as for easing the restrictions on leisure activities: the negatives could easily outweigh the positives, as not all young people receive the same amount of support at home.

The task forces are also expected expected to discuss issues such as the implications of the newly discovered coronavirus variants and the possibility of a spike in infections following the holidays.

“The disease situation has clearly eased and case numbers have dropped, but at the same time the test numbers have collapsed,” highlighted Vapaavuori. “There’s also uncertainty about how widely the new variant will be in Finland and about the possibility of an infection spike caused by Christmas and New Year’s.”

“New Year’s in particular was so recently that the spike it may have caused may not be visible just yet.”

The Hospital District of Helsinki and Uusimaa (HUS) has revealed that the daily number of tests fell from around 9,000 to 2,500 for the holidays. The symptoms from a coronavirus infection tend to emerge days after the infection and worsen a week or two after the onset of symptoms.

Markku Mäkijärvi, the chief medical officer in HUS, on Monday said he is concerned about both the new variant and the possible spike in infections caused by the holidays.

“We regrettably know only little about the variant, so it’s difficult to estimate its impact on the new restrictions that may be needed in the future,” he said, pointing out that the capital region has resorted to nearly all of the measures at its disposal to reduce the number of cases.

“In addition to moving pupils in the last three years of basic education to remote teaching, we’d basically be looking at a complete ban on public events as far as the new measures are concerned.”

YLE on Monday reported that new coronavirus variants have so far caused 17 infections in Finland.