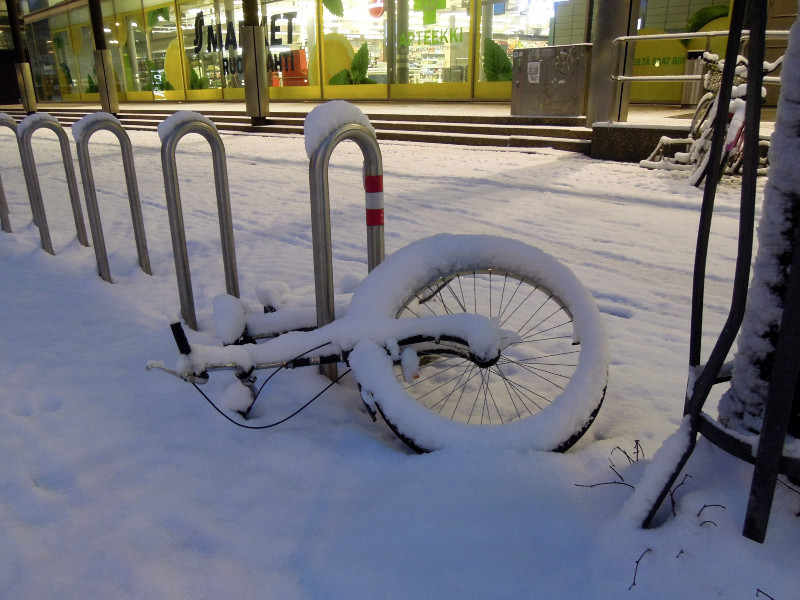 A bicycle covered in snow in Ruoholahti, Helsinki, on 3 January 2021. (Ritva Siltalahti – Lehtikuva)

Anne Borgström, a meteorologist at the public broadcasting company, stated yesterday that the only areas in the country without a snow cover are the south-westernmost parts of Satakunta and South-west Finland, as well as Åland Islands.

“In Helsinki, for example, about 10 centimetres of snow has fallen in the last 24 hours,” she commented on Sunday afternoon.

The snow is not expected to melt any time soon, as temperatures across the country are forecast to stay below the freezing point this week before dipping to lower-than-usual levels in the second and third week of the year. Temperatures in southern areas should stay below the freezing point this week, outside of momentary increases to 0°C, and those in central areas between -5°C and -15°C.

“Temperatures will vary a lot in Lapland. The mercury will first be -25°C in some areas, but once winds pick up the cold weather will ease. Starting on Tuesday, temperatures will range from -5°C and -15°C in Lapland,” told Borgström.

No additional snow is expected this week, except for some light snow in southern areas.

Borgström added that although the first week of the year will be roughly in line with long-term averages in terms of temperature, the longer-term forecast indicates that the next two weeks will be colder than usual.

“Last January was record warm in southern and central parts of the country, so this year’s one will be a lot different compared to that,” she said.