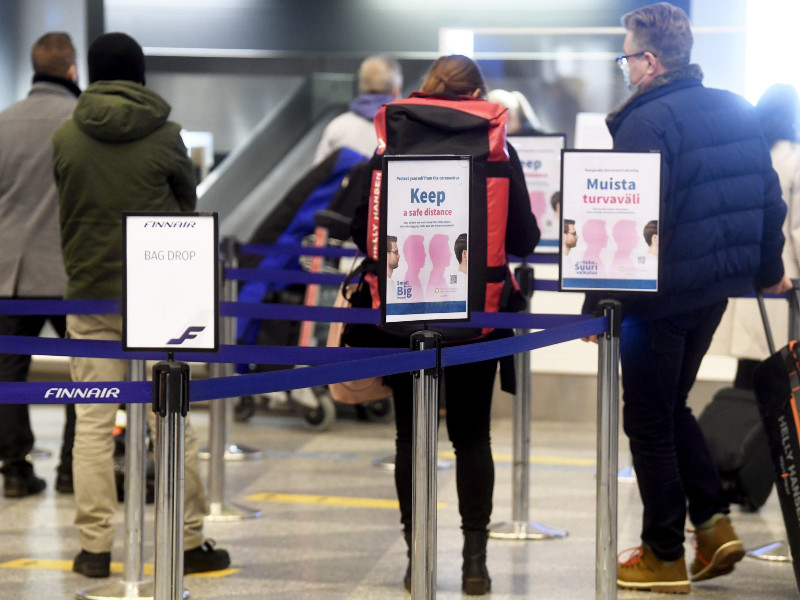 THREE PEOPLE in Finland have tested positive for an infection caused by new variants of the coronavirus, indicates a press release issued on Monday by the Ministry of Social Affairs and Health, Finnish Institute for Health and Welfare (THL), and Hospital District of Helsinki and Uusimaa (HUS).

All three were said to be in good condition and isolated for the treatment, while those possibly exposed to the new variants have been referred to testing and ordered into quarantine. The cases were detected in several hospital districts in Southern Finland.

The positive samples have been analysed in the virological laboratories of Huslab and the University of Helsinki.

One of the infections was detected in South-west Finland Hospital District. Esa Rintala, the chief physician of infectious diseases in the district, said in a press release the contact tracing has succeeded and the infected person has been quarantined and is feeling well.

Mikko Pietilä, the chief medical officer at South-west Finland Hospital District, told Helsingin Sanomat that the case has no impact on how the virus should be approached, as the information presently at the disposal of virologists suggests the vaccines already launched are effective also against the mutation.

“Maybe the importance of voluntary quarantine increases to some extent, if we want to insist on preventing more of the variant from coming here,” he added.

The variant is believed to be more transmissible, but there is presently no proof that it is more dangerous than the original strain, according to YLE.

The Joint Authority for Kymenlaakso Social and Health Care Services (Kymsote) confirmed earlier yesterday that it detected one infection caused by the mutation discovered in the United Kingdom before Christmas. Kymsote stated that it has determined the chain of infection and that the mutation is not believed to have spread beyond the inner circle of the carrier.

Marja-Liisa Mäntymaa, the chief administrative physician at Kymsote, added that the inner circle in this case is small. “The usual thinking has been that if you’re dealing with only a couple of people, it’s a small number,” she said to Helsingin Sanomat.

Officials from the Ministry of Social Affairs and Health, THL and HUS are expected to comment further on the variants in a press conference scheduled for noon today.

The Finnish Transport and Communications Agency (Traficom) announced last week it is suspending passenger flights from Great Britain to Finland until 4 January.

THL has instructed people to get tested even if they have no symptoms if they arrived from the country after 7 December. The instruction was expanded yesterday to apply to people who arrived from South Africa since 7 December.