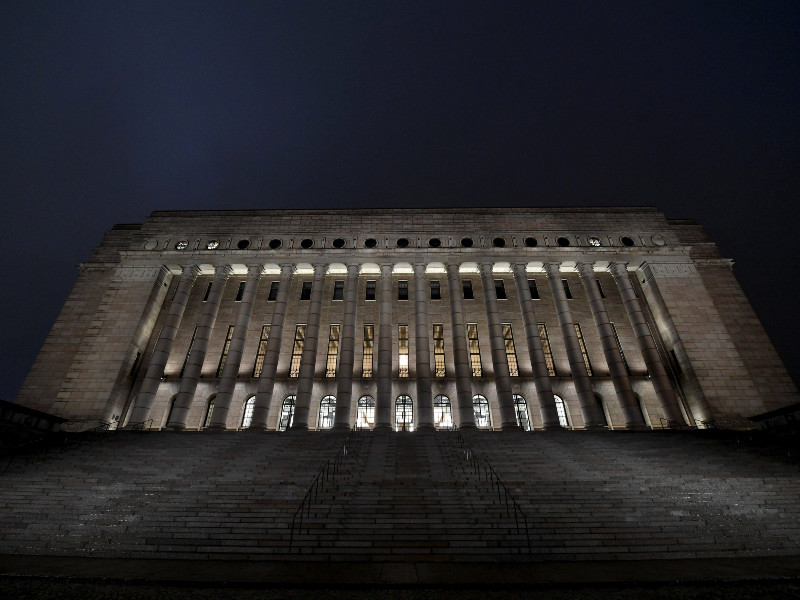 The Parliament House in Helsinki, the capital of Finland, on 21 December 2020. (Vesa Moilanen – Lehtikuva)

THE DATA SYSTEM of the Finnish Parliament was hacked in the autumn of 2020.

The Parliament’s communication department stated yesterday that the cyberattack was detected during internal technical surveillance and may have compromised the data security of some e-mail accounts, including accounts assigned to Members of the Parliament.

Speaker of the Parliament Anu Vehviläinen (Centre) said the cyberattack is a serious attack against democracy and society in Finland. “We must not tolerate any kind of hostile cyberactivity, be it by a governmental or non-governmental entity,” she stated in a press release from the Finnish Parliament.

The National Bureau of Investigation (KRP) has opened a pre-trial inquiry into the breach, revealing it is treated as aggravated computer break-in and espionage.

“The act was neither random nor accidental,” said Tero Muurman, a detective chief inspector at KRP. “One of the possibilities at this point is that unknown attackers may have carried out the hacking to obtain information that either benefits a foreign state or harms Finland. The hacking targeted more than one people, but we are unfortunately not in a position to disclose the exact number without compromising the ongoing pre-trial investigation.”

Muurman told Helsingin Sanomat that the identify of the attacker or attackers has yet been determined and that it remains premature to speculate whether or not they can be brought to justice.

“There’s quite a lot to do, so I won’t even speculate on that,” he retorted.

“We have to assume that also the attacker is reading the news, so naturally we don’t want them to get wind of how the incident is being investigated through the media,” he explained.

The investigation is nevertheless progressing well, according to KRP.

“Information related to the incident is being collected with various methods and from various sources, and it is being analysed carefully. The investigation will be targeted and further inquiries opened if necessary based on the findings. The case is exceptional in Finland – serious given the target in question and regrettable for the victims,” commented Muurman.