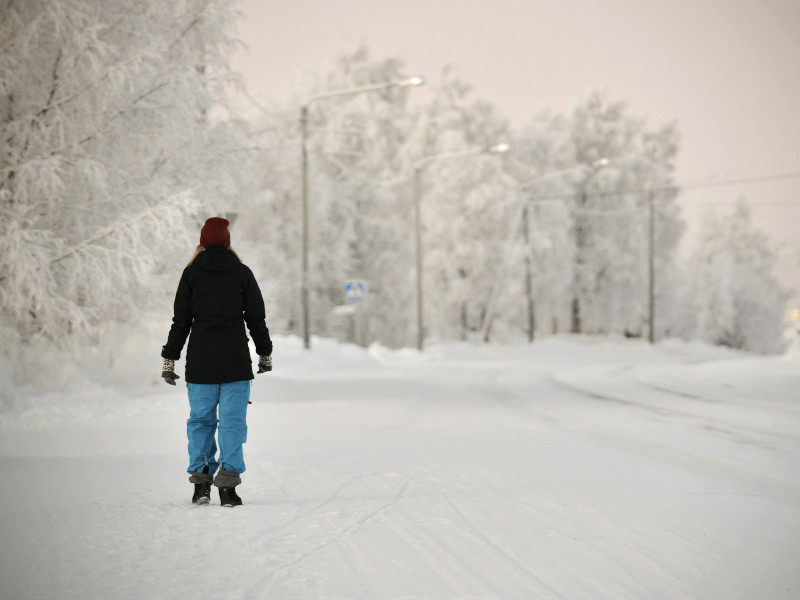 People in northern parts of Finland should brace themselves for temperatures as low as -35°C, writes YLE. (Aku Häyrynen – Lehtikuva)

Matti Huutonen, a meteorologist at the public broadcasting company, said yesterday a low-pressure front is slowly clearing the country, giving way to a current of very cold air from the north-east that will drag down the mercury first in northern parts and later in southern parts of Finland.

The mercury is projected to dip below the freezing point in all parts of the country no later than in the small hours of Boxing Day. Temperatures in Lapland, however, are forecast to drop to -15–20°C already today, while those in southern parts are to hover around 0°C.

“Boxing Day will be by far the coldest day of the Christmas holidays. Temperatures will vary between -25°C and -35°C in Lapland,” stated Huutonen.

It is likely that the mercury will drop low enough to break the low-temperature record of the winter, -30.9°C, recorded in Utsjoki, Lapland, on 17 December.

The Finnish Meteorological Institute has issued a cold-weather warning to northern parts of Lapland for Boxing Day. Temperatures in central parts of the country are forecast to vary mostly between -5°C and -10°C, while those in the south will fall slightly below the freezing point, to around -1–5°C.

“In Lapland, the weather will also clear up in conjunction with colder temperatures. The weather in the south will remain overcast, though,” said Huutonen.

The extreme cold will not last for long, however. YLE on Thursday wrote that temperatures are forecast to rebound for the weekdays leading up to New Year’s Eve. Next week is set to start with the mercury hovering between -5°C and -10°C also in northern parts of Finland.