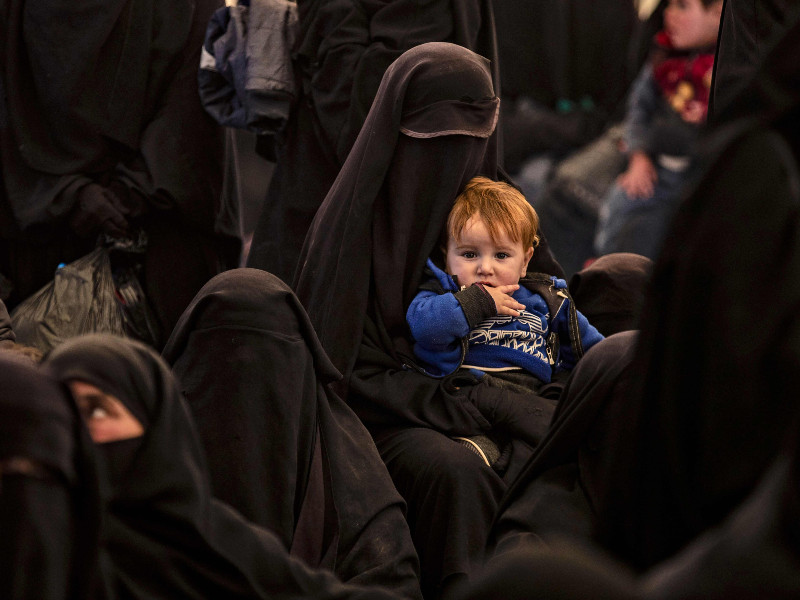 Syrians waited to leave the detention camp in al-Hol, Syria, on 10 December 2020. The detention camp continues to house tens of thousands of women and children of alleged fighters of the so-called Islamic State. (Delil Souleiman – AFP/Lehtikuva)

TWO WOMEN and six children yesterday arrived in Finland from al-Hawl, a detention camp for the women and children of the so-called Islamic State (IS), Syria, reports Helsingin Sanomat.

Their arrival represents the first repatriation of adults from the detention camp by the Finnish government. The women and children, the newspaper wrote, were repatriated in a joint operation with Germany through Qamishli, a north-eastern city close to the border between Syria and Turkey.

The women had moved to the conflict region in Syria in 2013–2014, living there until the collapse of the fall of the caliphate of IS. The Finnish Security Intelligence Service (Supo) has estimated that the return of women who have lived at the detention camp will likely increase the terrorism threat level in Finland.

Pekka Shemeikka, a deputy communications director at the Ministry for Foreign Affairs, on Sunday confirmed the repatriations but declined to comment further on the issue. The Ministry for Foreign Affairs issued a press release after the report, reminding that authorities have “a constitutional obligation to secure, if possible, the basic rights of Finnish children at the camp”.

“The only way to secure the basic rights of children held at the camp in al-Hol is to repatriate them to Finland. Also the mothers were repatriated with the children. It was not possible to only repatriate the children,” it read.

The Kurdish troops in charge of the camp does not allow families with children to be split, according to Helsingin Sanomat.

The newspaper also reported yesterday that nearly 20 children and at least six women have returned from the camp to Finland. Finnish authorities repatriated two orphaned children from the camp roughly a year ago and have since assisted with the returns of women and children who have escaped from the camp on their own.

Roughly 30 Finnish children and 11 adults were originally housed at al-Hawl.