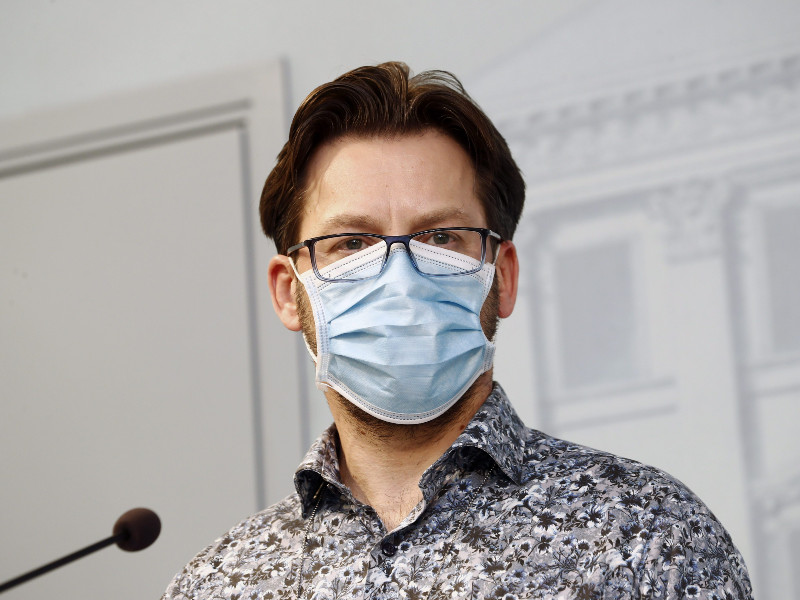 Petteri Tiippana, the director general of the Radiation and Nuclear Safety Authority in Finland (STUK), spoke at a press conference about an abnormal event at Olkiluoto Nuclear Power Plant on 10 December 2020. (Roni Rekomaa – Lehtikuva)

THE RADIATION and Nuclear Safety Authority in Finland (STUK) has given Teollisuuden Voima (TVO) the green light to re-start the reactor that was shut down in response to an abnormal event at Olkiluoto Nuclear Power Plant in Eurajoki, South Ostrobothnia.

TVO has successfully determined the cause of the event and carried out the necessary inspection and maintenance tasks, according to STUK.

The reactor will be re-connected to the national grid toward the end of the week, believes TVO.

Radiation levels in the steam generator of the reactor momentarily rose three to four times above the usual levels on Thursday, 10 December, Petteri Tiippana, the director general of STUK, revealed to Helsingin Sanomat.

“The radiation levels there are so high also normally that you can’t get close to it during operation. They’ve been categorised as places where your life is at risk,” he stated to the newspaper.

No personnel were exposed to heightened levels of radiation, nor was there a risk of a harmful radioactive release.

STUK has conceded that the incident was not made public early enough. Officials at Eurajoki, for example, were not notified of the incident until several hours after it had taken place, despite the fact that the safety authorities were initially preparing for a more serious accident, reported YLE.