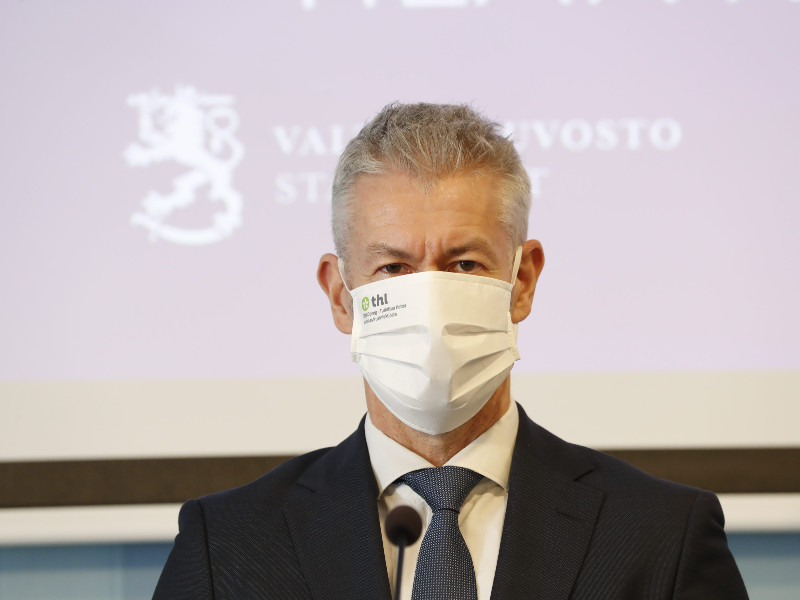 Markku Mäkijärvi, the chief medical officer at the Hospital District of Helsinki and Uusimaa (HUS), reacted at a news conference in Helsinki on 3 December 2020. (Roni Rekomaa – Lehtikuva)

THE CAPITAL REGION of Finland will uphold the current restrictions and recommendations to contain the spread of the new coronavirus and prevent the wave of infections from overwhelming the health care system until 10 January, reports Helsingin Sanomat.

The decision was announced at the end of last week by the coronavirus coordination group set up for the region.

The group is composed of officials from Espoo, Helsinki, Vantaa, the Finnish Institute for Health and Welfare (THL), the Hospital District of Helsinki and Uusimaa (HUS), and the Regional State Administrative Agency (AVI) for Southern Finland. Decisions made by the group will also be adopted by Kauniainen.

The group stated earlier last week that municipalities in the region should discuss the need to transition to remote teaching for pupils in the last three years of basic education. It ultimately decided, however, not to recommend remote teaching for 12–15-year-olds, said Mayor of Helsinki Jan Vapaavuori (NCP).

He justified the decision with the difficulties remote teaching can cause to pupils and data indicating that only about one per cent of people exposed to the virus at schools have actually contracted it.

“The social disadvantages would be significant,” said Vapaavuori.

“Unfortunately not all children have any other safety nets besides the school,” echoed Mayor of Vantaa Ritva Viljanen (SDP).

Helsinki, Espoo and Vantaa, he added, made the decision unanimously even though transitioning to remote teaching had been recommended by directors at HUS. In-person instruction has already been suspended for students in vocational and general upper-secondary education.

Markku Mäkijärvi, the chief medical officer at HUS, on Friday said the number of coronavirus patients in intensive care grew notably at the turn of the month, but the situation has since de-escalated. He voiced his hope that the number of patients in hospital care for symptoms caused by the virus will begin to decline shortly.

The public should take the restrictions and recommendations more seriously, according to Mäkijärvi. HUS, he revealed, has conducted a survey finding that most people consider the restrictions necessary but do not adhere to them fully in their daily lives.

The findings of the survey are to be published on Monday, 14 December.