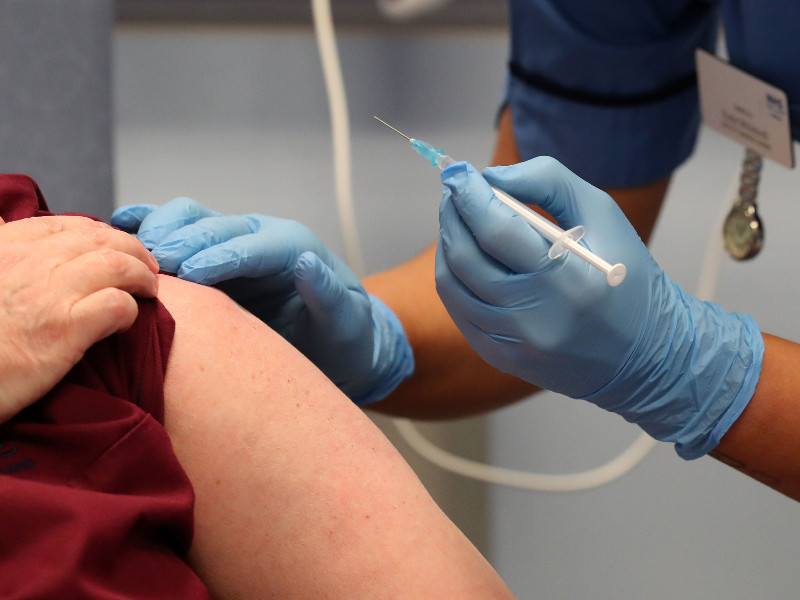 A nurse received the first of two vaccine jabs against Covid-19 at Western General Hospital in Edinburgh, Scotland, on 8 December 2020. Almost two-thirds of Finns would get vaccinated against Covid-19 if a vaccine became available and is recommended by health care authorities, finds a survey by the Finnish Institute for Health and Welfare (THL). (Andrew Milligan – AFP/Lehtikuva)

SIXTY-FOUR PER CENT of Finns would get vaccinated against the new coronavirus if a vaccine becomes available and is recommended by health care authorities, finds a survey commissioned by the Finnish Institute for Health and Welfare (THL).

One-fifth of respondents contrastively stated that they would not get vaccinated, while 16 per cent indicated that they are unsure about taking the vaccine.

“Sixty-four per cent is a reasonably good number at this moment. It’s better than in many other countries,” Jonas Sivelä, a senior researcher at THL, stated to YLE.

THL conducted the same survey also during the first wave of coronavirus infections last spring, finding that about 70 per cent of respondents would be ready to take the vaccine. Sivelä viewed that the decline in vaccination willingness is a result of several factors, including the perceived drop in the risk of contracting the virus.

“The risk attributed to falling ill is linked to pro-vaccination views. The higher it’s perceived to be, the more positive the views about the vaccine. But a number of factors are in play here, possibly even fatigue,” he said.

The responses were compiled by Taloustutkimus between 27 November and 1 December.

Finnish attitudes toward vaccination are generally good, according to Sivelä: the public have confidence in vaccines, vaccinations and the efficacy and safety of vaccines. The European Union, he added, has yet to grant market authorisation to a single vaccine against the disease caused by the new coronavirus, Covid-19.

“Once we start getting decisions, the amount of information available to us will increase and we’ll get answers to our questions.”

Sivelä estimated that the most important factors for vaccination willingness is the extent to which the vaccine protects not only the taker but also others. The other factors include possible side effects, the epidemiological situation at the time of vaccination, and the recommendations of health care authorities and professionals.

The survey also found that reservations about the vaccine are prevalent especially among young people. While as many as 82 per cent of over 64-year-olds said they would take the vaccine, the corresponding share among 18–29-year-olds was only 48 per cent.

“This is a curve that declines with age. The younger the person, the less positive the views. What’s good is that those who are at the highest risk of the disease have positive views,” Sivelä told YLE.

The finding aligns with those of a survey commissioned by Helsingin Sanomat.