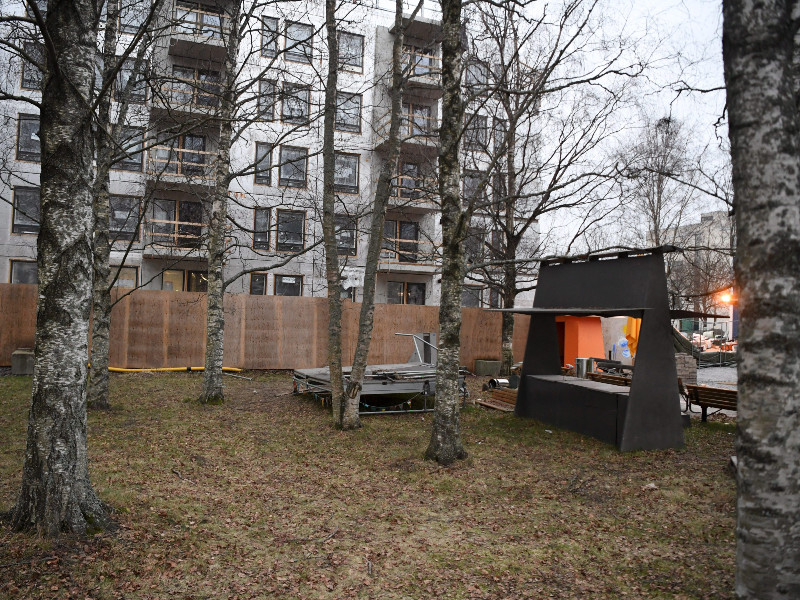 The body of the victim was found behind a construction site by a construction worker coming to work on Monday, 7 December, according to YLE. (Jussi Nukari – Lehtikuva)

A 16-YEAR-OLD BOY is believed to have been murdered by three of his peers near Koskela Hospital in Helsinki, the capital of Finland, on Friday, 4 December.

Helsinki Police Department on Wednesday revealed in a press release that the body of the victim was found at the apparent scene of the homicide on Monday, 7 December. Three 16-year-old boys were brought into custody on suspicion of the act during the course of Monday.

The suspects and victim knew one another, according to the press release.

“The victim was subjected to serious violence, which is believed to have been especially brutal and cruel, on different parts of the body for an extended period of time. Police will not shed more light on the method because the pre-trial investigation and effort to determine the sequence of events are still in their early stages,” said Marko Forss, the detective chief inspector in charge of the investigation at Helsinki Police Department.

“Police are currently under the impression that all three boys suspected of the act took part in the violence one way or another,” he added.

Forss told YLE that the suspects did not appear to try hiding the body in any way but stopped short of confirming whether or not the body was moved after the act.

“I won’t comment on whether the body was moved after the act,” he stated. “All three suspects left at the same time, leaving the victim at the scene. Presumably they were aware of the victim’s state, but I won’t comment further on that at this point.”

The public broadcasting company wrote that the suspects were taken into custody after the parent of at least one of them had contacted the police.

The homicide took place as the four boys were celebrating the birthday of one of the suspects. All four of them had consumed some amounts of alcohol, but police have yet to determine whether any other intoxicants were involved in the incident.

“There’s no motive for the act,” Forss stated to YLE. “We’ve talked to the boys and their parents but have no idea why this ended up happening.”

All three suspects have admitted to assaulting the victim in the preliminary interrogations. Officers at Helsinki Police Department will file a request for detaining them on suspicion of the act on Thursday.

YLE also wrote yesterday that none of the suspects are known to law enforcement authorities for previous transgressions. They are all students and, judging by their names, of Finnish backgrounds.

The contact details can be found at the end of the press release.