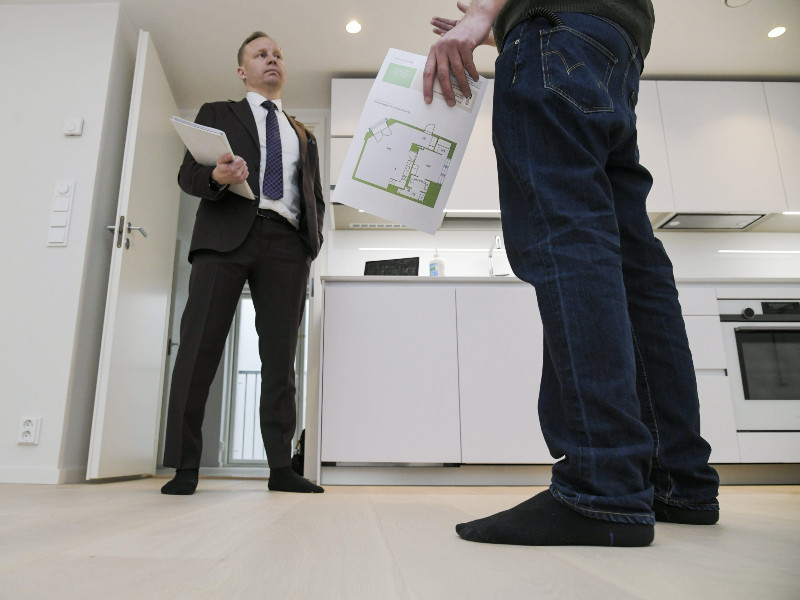 Real estate agents had a busy month in November, according to statistics from Kiinteistömaailma. (Markku Ulander – Lehtikuva)

THE REAL ESTATE MARKET in Finland was unusually busy in November, reports Kiinteistömaailma.

The Finnish real estate brokerage chain revealed earlier this week that it brokered the sales of 1,197 properties in old and new housing companies in November, representing an increase of 15 per cent from the corresponding period in 2019.

The increase was even more dramatic, more than 23 per cent, when examining only the sales of properties in old housing companies.

“The hole in the sales figures of used residential units that was created last spring has now been filled,” stated Risto Kyhälä, the managing director of Kiinteistömaailma.

“We have caught up with the sales that were not completed last spring and, in terms of the total numbers for the year, we have now exceeded those for last year,” he added. “November has not been this busy once this decade.”

Kyhälä expressed his reservations about predictions that real estate sales could plunge by up to 20 per cent from the previous year and, especially, that the plunge could be due to a shortage of available units. Kiinteistömaailma, he highlighted, is currently listing properties at a faster rate than last year, which is a positive sign for the coming months.

“It facilitates busy sales also at and after the turn of the year. The balance between supply and demand is getting better,” said Kyhälä.

“No one can predict how the coronavirus situation develops. If we witness a slowdown because of it, that’s another story. This year has nonetheless shown that people change houses because of need and a lull is followed by a new rise.”

Statistics on mortgage borrowing are indicative of the same phenomenon.

The Bank of Finland on Monday reported that around two billion euros’ worth of mortgages was handed out in October, representing an increase of 5.5 per cent from the previous year and a new monthly high since May 2011.

The number of mortgages taken out during the first ten months of the year was two per cent higher than between January and October 2019.