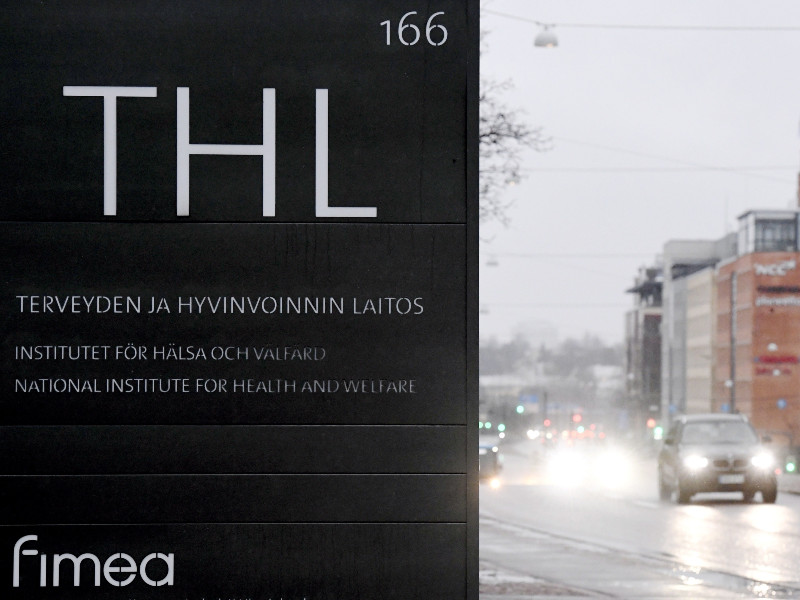 A sign outside the office of the Finnish Institute for Health and Welfare (THL) on Mannerheimintie in Helsinki on Monday, 29 November 2020. (Heikki Saukkomaa – Lehtikuva)

ABOUT A QUARTER of Finland’s laboratory-confirmed coronavirus infections have been detected in people whose mother tongue is neither Finnish, Swedish nor Sami, reports the Finnish Institute for Health and Welfare (THL).

Foreign-language speakers account for eight per cent of the population of Finland.

There is no single reason for their over-representation in coronavirus infections, according to Natalia Skogberg, a research director at THL. “The reasons are likely varied. Among the underlying reasons may be a weaker socio-economic position, an occupation that does not allow remote work, or larger families and more confined housing, which make it harder to prevent chains of infection.”

“It is typically about the build-up of various factors that increase the risk of infection also for other population groups,” she added in a press release on Tuesday.

Officers at THL, she said, have examined the statistics since the onset of the epidemic, finding that the number of infections tend to increase and decrease quickly in all language groups.

“A sudden increase in infections is usually linked to mass exposures, such as large weddings or [infection] chains at the workplace. We have thus far managed to prevent infection clusters with rapid targeted measures, such as contact tracing and quarantine,” said Skogberg.

Asko Järvinen, the head of infectious diseases at the Hospital District of Helsinki and Uusimaa (HUS), revealed earlier that infections have recently been on the rise especially among people of immigrant backgrounds in Helsinki.

“People of immigrant backgrounds have a higher morbidity of the disease than their share of the population,” he stated to Helsingin Sanomat.

Järvinen reminded that the phenomenon has been detected also in other parts of Europe and the United States.

THL, the Ministry of Social Affairs and Health, and the Ministry of Employment and the Economy are coordinating the work of a task force communicating about the new coronavirus in other languages in order to encourage people to comply with the instructions and recommendations and support regional authorities in preventing infections in people of foreign backgrounds.

“Multilingual and multichannel communication is a means to ensure our foreign-born population receives information that is accurate and understandable,” highlighted Skogberg.

“Receiving he information, however, is often not enough to motivate people to comply with the recommendations especially as the epidemic drags on,” she added. “Key people in multicultural associations and the communities of people of foreign backgrounds have had a major role in relaying official information and encouraging the communities in the common fight against the virus.”