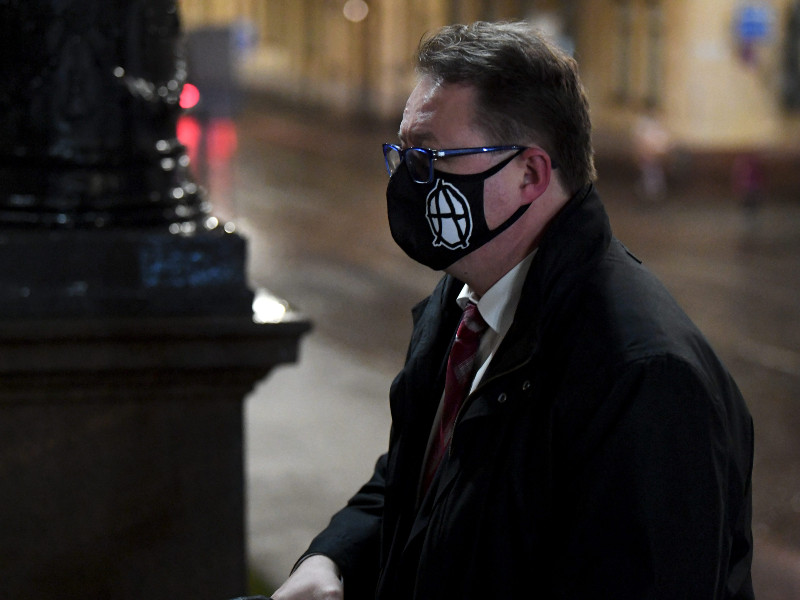 Mika Salminen, the director of health security at the Finnish Institute for Health and Welfare (THL), has stated that the expert organisation found it difficult to make policy-makers recognise the threat posed by the coronavirus outbreak in January and February. (Antti Aimo-Koivisto – Lehtikuva)

PRIME MINISTER Sanna Marin (SDP) has stated that she has no recollection of the government being urged to take action to prevent the spread of the new coronavirus early this year by the Finnish Institute for Health Welfare (THL).

Mika Salminen, the director of health security at THL, claimed in a recent guest contribution that it was difficult to make the government and officials recognise the threat posed by the outbreak.

“It took a bit of time to wake up decision-makers to the fact that this is really serious. We wrote quite a few memos […] at the turn of January and February, before they started taking action,” he wrote in a contribution published by Tieteessä Tapahtuu on 16 November.

Salminen on 17 November added to Helsingin Sanomat that the World Health Organization’s (WHO) reluctance to classify the situation as sufficiently serious was another obstacle to recognising the threat also in Finland.

“I didn’t think Salminen’s contribution was anything unusual,” Marin retorted to the newspaper, stressing that her knowledge of the contribution is limited to media reports. “Director Salminen stated from his own viewpoint how they’ve dealt with the issue and how they’ve communicated about the issue.”

She was also asked if she remembers the expert organisation urging the government to take action against the epidemic before the first measures were announced in late February.

“I have to say that I don’t remember anything like this. I’d have to check this from other sources. I’m sure the issue was discussed at the level of state secretaries and permanent secretaries,” replied Marin.

The Finnish government, she recounted, began discussing the issue on 26 February. The Parliament was notified of the situation a day later, including the establishment of a coordination group for the epidemic.

“After that, the coronavirus situation has been discussed regularly in government meetings,” she told. “But before the end of February, the issue was still mostly on the agenda of health authorities and Ministry of Social Affairs and Health. When the situation exacerbated especially in Italy, the government took firmer control of the measures.”