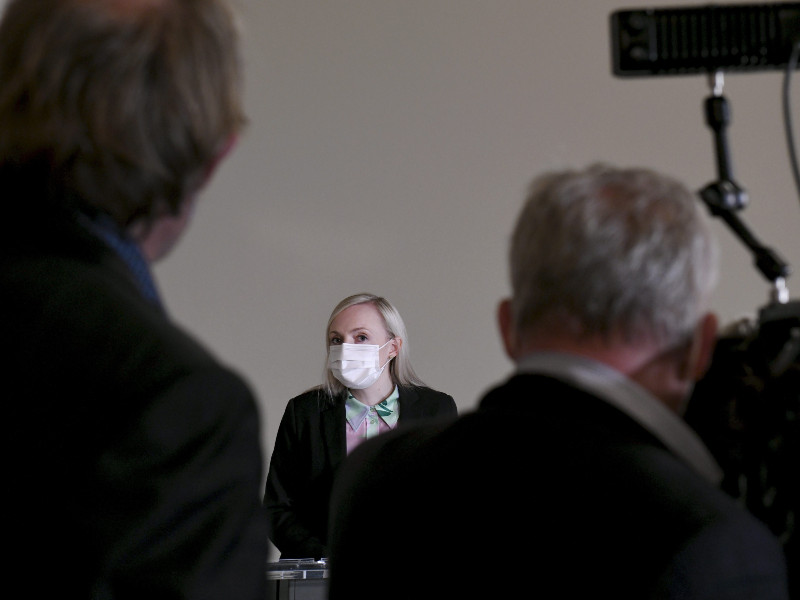 Minister of the Interior Maria Ohisalo (Greens) met members of the media in the main reception room of the Parliament House in Helsinki on Thursday, 19 November. (Heikki Saukkomaa – Lehtikuva)

THE FINNISH GOVERNMENT has decided to uphold its entry restrictions until 13 December, reports Helsingin Sanomat.

Cross-border travel and internal border controls were the main items on the agenda as the government met yesterday to, effectively, decide on how easy it will be to enter Finland from other parts of the European Union, Schengen Area and United Kingdom.

“The Covid-19 epidemic continues to accelerate, and there are significant differences between the situation in Finland and in the rest of Europe. It is therefore not justified to ease the restrictions until the new health security measures under preparation have been made sufficiently available,” reads a press release from the Ministry of the Interior.

Helsingin Sanomat on Thursday reported that the government decided not to change its incidence-based definition of a safe country: a country will therefore be defined as safe, or green, if it has reported fewer than 25 coronavirus cases per 100,000 inhabitants in the past two weeks.

The Finnish Institute for Health and Welfare (THL) revealed yesterday that the new coronavirus had an incidence of roughly 53 cases per 100,000 inhabitants in Finland between 2 and 15 November. The incidence is currently lower only in Vatican.

The Finnish government was forced to make a decision on the internal controls as the controls cannot be reinstated for more than six months at once under EU regulations.