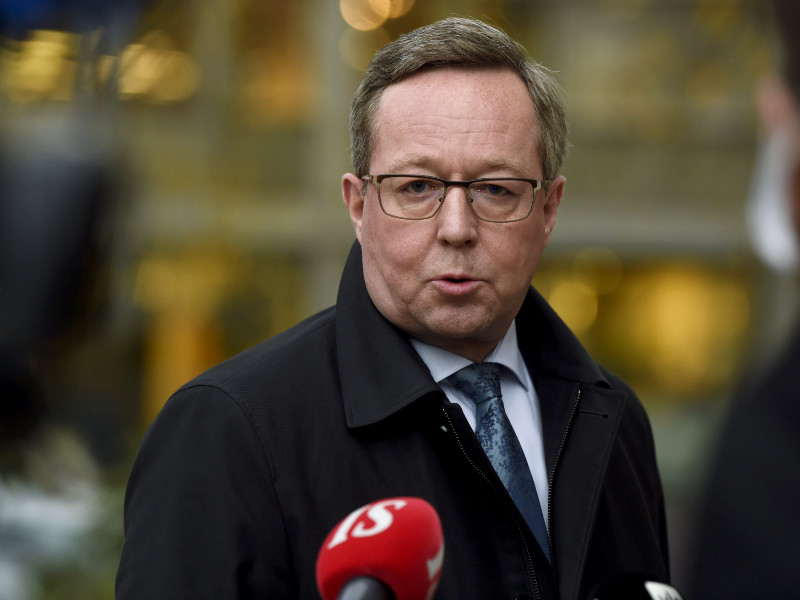 Minister of Economic Affairs Mika Lintilä (Centre) spoke to reporters outside the House of the Estates in Helsinki, Finland, on 3 November 2020. (Antti Aimo-Koivisto – Lehtikuva)

MINISTER OF ECONOMIC AFFAIRS Mika Lintilä (Centre) views that the government dragging its feet on entry and travel restrictions was the last straw for TUI Travel, the largest travel agency in the United Kingdom.

TUI Travel on Tuesday announced it is cancelling all of its holiday tours from Britain and Ireland to Finnish Lapland for November and December.

“The government has dwelled on its decision on travel rules. The delay was probably what broke the camel’s back for TUI,” Lintilä was quoted as saying on Wednesday by Helsingin Sanomat.

He acknowledged that there were no guarantees of a massive influx of visitors due to the introduction of stricter travel restrictions in the United Kingdom. This, however, does not make the delay with the decision any more acceptable.

The Finnish Ministry of Social Affairs and Health on Tuesday presented its proposal for new criteria based on which visitors would be required to take a coronavirus test and observe a quarantine upon their arrival in Finland. The proposal, which will be circulated for comments for the next two weeks, would categorise countries as high-risk countries if they have an incidence of infections of at least twice as high as Finland.

Travellers from countries with a lower incidence would be allowed to enter more freely.

Lintilä emphasised to Helsingin Sanomat that the government must continue to debate the entry rules while the proposal is being examined by experts and other stakeholders.

“We can’t simply wait for the two-week window for comments to end and for changes from the Ministry of Social Affairs and Health. We definitely have a lot to do to find a political understanding on the issue,” he stated.

“The government must look in the mirror as far as the entire preparatory work is concerned. The preparations require constant collaboration between ministries, as well as the Chancellor of Justice. It’s no use making proposals that won’t pass the Constitutional Law Committee,” added Lintilä.

He also expressed his hope that domestic tourists can compensate for the lack of foreign ones but pointed out that the former tend to spend considerably less on supplementary services. “It’s a cold fact that going on a husky safari won’t be the first thing a Finnish family does after arriving in the north,” he said.