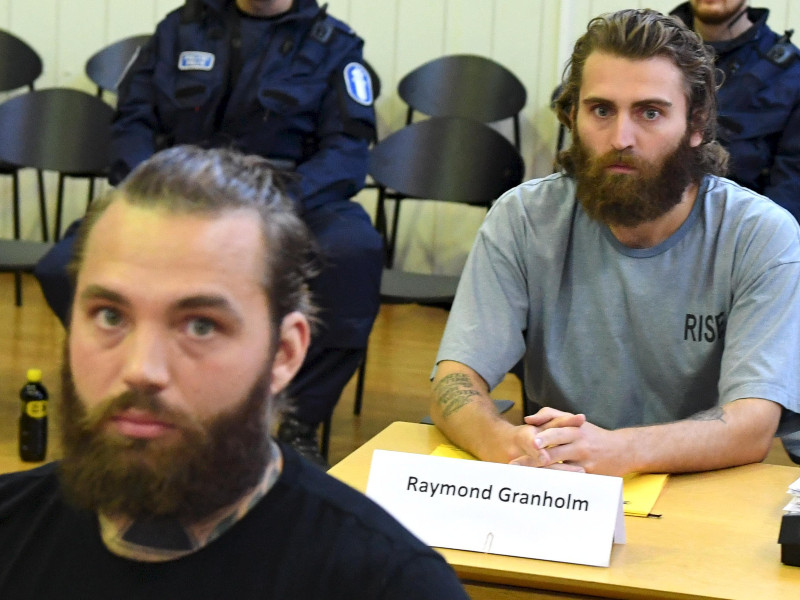 Richard (foreground) and Raymond Granholm opted not to cover their face during a hearing at the District Court of East Uusimaa in Porvoo on 7 September 2020. (Jussi Nukari – Lehtikuva)

THE DISTRICT COURT of East Uusimaa on Friday sentenced two Finnish-born Swedish men to long prison terms for firing several shots at police officers during a sequence of events that began in Porvoo, Southern Finland, in August 2019.

Both of the brothers were handed the maximum penalty of 15 years in prison, wrote Helsingin Sanomat.

The older, 31-year-old brother was found guilty of a slew of offences including 13 counts of attempted murder, in accordance with the demands of the prosecution. The 26-year-old younger brother was found guilty of, for example, nine counts of attempted murder. They had both admitted to firing shots at police officers in Porvoo and during the ensuing high-speed chase in Pirkanmaa.

While the brothers corroborated the sequence of events, they denied the charge of attempted murders, arguing that it was not their intention to kill but rather to obtain the weapons of the police officers responding to a call they had made to the emergency call centre. Even the prosecution, the judges highlighted, did not claim that it was their objective to kill the responding officers.

“The defendants had only made plans about a robbery,” they said.

Neither the court hearings, nor the pre-trial investigation succeeded in shedding light on the motive of the brothers.