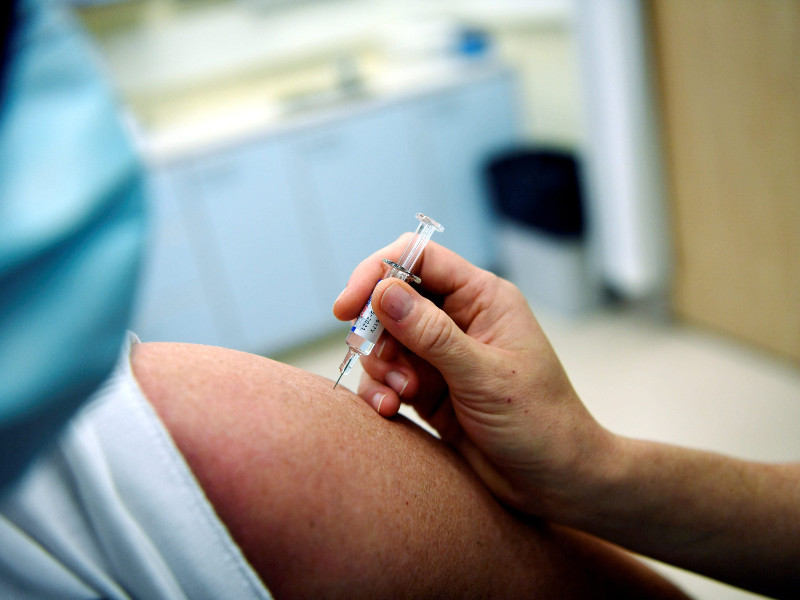 A man was vaccinated against influenza in Helsinki on 19 October 2020. (Antti Aimo-Koivisto – Lehtikuva)

A FINNISH PROJECT to develop a vaccine against the new coronavirus is poised to move on to the second phase of animal testing after generating a positive immune response in mice, reports Mediauutiset.

“The animal tests have progressed well. We’ve been able to generate a very good immune response,” said Kalle Saksela, a professor of virology at the University of Helsinki.

Developed by Rokote Laboratories, a roughly two-month-old company co-founded by Saksela, the vaccine is administered as a nasal spray, producing stronger and higher concentrations of antibodies capable of neutralising the virus. The vaccine preform has been shown to create immunoglobulin A (IgA) antibodies, which are found not only in blood but also on mucous membranes and are thereby able to prevent the infection entirely.

“We’re very pleased, and we believe this [delivery method] was the right choice,” Saksela told Mediauutiset.

The potential to prevent the infection entirely with a single dose of the vaccine, as the team expects, represents a major improvement over the stated objectives of other vaccine development projects. Astra Zeneca, for instance, has said it would consider its vaccine a success if vaccinated people developed less symptoms than unvaccinated ones.

“I assume that the general understanding is that a vaccine’s task is to prevent an infection,” said Saksela. “But is it wise to set the bar so low just because you’re in a hurry?”

The vaccine preform developed by him and his colleagues is not delivered to cells “by force” with, for example, a gene gun but by means of adenovirus serotype 5, the most common viral vector used in clinical studies worldwide.

This effectively programmes the human body to produce the vaccine itself.

Funding, however, has proven an obstacle to the development. Saksela admitted to Mediauutiset that he is baffled at how difficult it has proven to secure funding, especially in light of the uncertainty created by the coronavirus epidemic.

“As a researcher, I was thinking probably a bit naively that as long as we do our part and develop a promising preform and demonstrate its efficacy tentatively, researchers, decision-makers and regulators in a country as small as this would take it upon themselves to push forward a national project like this.”

“Maybe it was a bit of a surprise or disappointment to me that that’s now how these things move forward.”

The team ultimately received ordinary research funding from the Academy of Finland. The funding is expected to suffice for early-phase human tests: for the first phase and possibly for parts of the second phase.

The clinical trials are presently expected to start at the turn of the year and conclude in the first half of next year.

The third phase of the process would require an additional 30–50 million euros in funding. It could start no earlier than at the beginning of next summer and produce a vaccine for the Finnish population no earlier than next autumn, estimated Saksela.

Pasi Kemppainen, another co-founder of Rokote Laboratories, said the company is content to monitor international vaccine development projects from afar, for the time being.

“We don’t feel that we’re behind, but rather that in some regards we’re already ahead of vaccines in the approval process. Our approach to using the vaccine and strategy for producing it are completely different,” he said.

“We have something that no other vaccine developer has,” he added. “We’re building a vaccine platform. The coronavirus is just one of many viruses. This adenoviral vector is a platform that allows for the development of other respiratory disease-related vaccines quickly and cost-efficiently.”