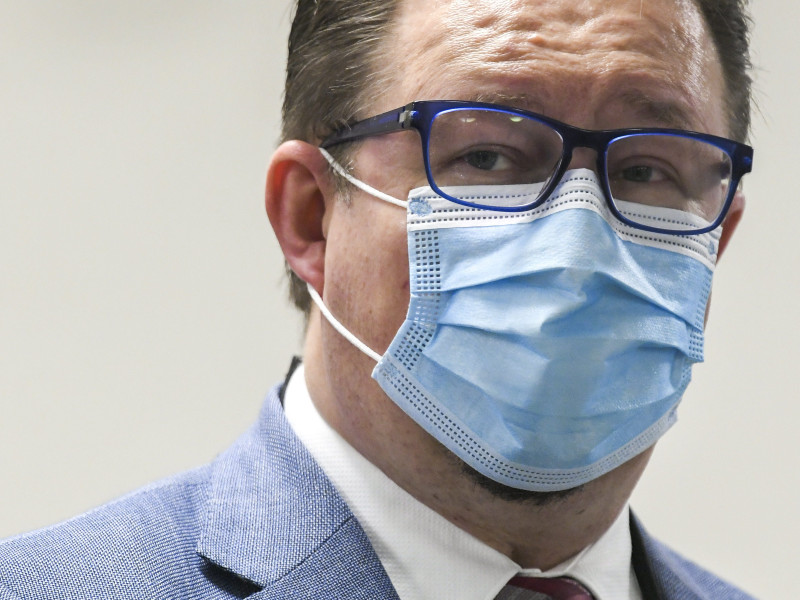 Mika Salminen, the head of health security at the Finnish Institute for Health and Welfare (THL), spoke to reporters at a press conference in Helsinki on 15 October 2020. (Markku Ulander – Lehtikuva)

MIKA SALMINEN, the director of health security at the Finnish Institute for Health and Welfare (THL), has encouraged Finns to celebrate Christmas and New Year’s with a smaller group of friends and relatives than in years past.

Salminen on Tuesday stressed to Helsingin Sanomat that THL’s stance on the issue should not be interpreted as a recommendation, but rather as a suggestion.

The suggestion is three-fold, according to him. Finns should preferably spend the holidays in the company of their immediate family, meet their grandparents remotely if possible, and consider skipping visits to other relatives and replacing them with video calls.

“If we can hang in there like this and try a different kind of way [to celebrate] for one Christmas, I’m sure it wouldn’t be the end of the world,” he stated to the newspaper.

He reminded that the best way for the public to prevent the new coronavirus from spreading during the holidays is to spend them with people they come into contact on a daily basis outside the holidays.  People, he added, should at least consider whether it is necessary to bring together a high number of friends and relatives from different parts of Finland.

“Maybe it sounds a bit boring, but this isn’t a permanent situation. I’m sure we’ll get back to the normal situation for future Christmases,” he said.

Salminen reiterated that his suggestion should not be understood as a prohibition, but simply as a call for the public to use common sense. “This is a free society where citizens are free to decide for themselves how they act.”

He also viewed that the “time for caution” will continue at least for six months. The teleworking recommendation, for example, is expected to stay in place at least a couple of months beyond New Year's.

“Of course that doesn’t sound nice, but there’s really pretty much nothing we can do about the existence of this virus.”