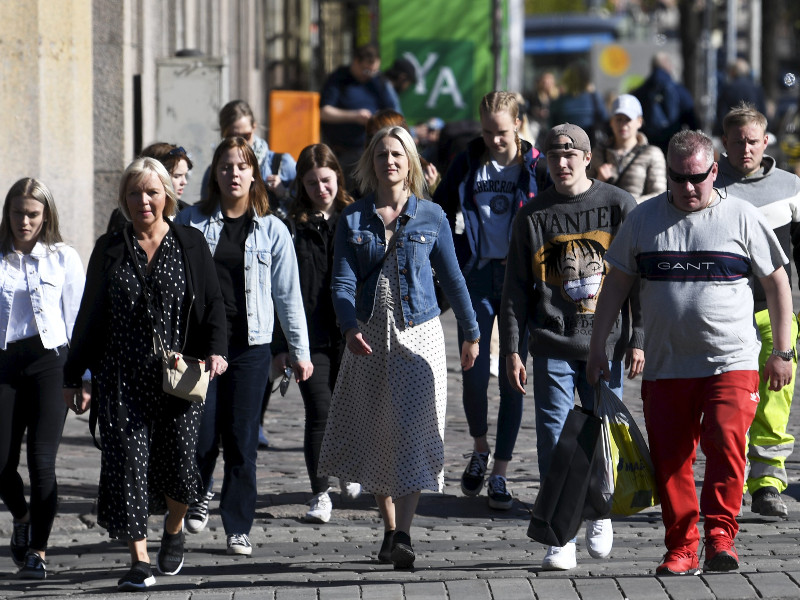 Pedestrians crossing the road in Helsinki on 23 May 2020. Over 70 per cent of Finns view that it has been fairly or very easy to cope with the restrictions adopted to fight the coronavirus outbreak, according to a new Eurobarometer. (Vesa Moilanen – Lehtikuva)

FINNS have tolerated the various restrictions on movement and social life adopted to fight the coronavirus outbreak better than people in other parts of Europe, indicates a Eurobarometer released in October.

YLE on Tuesday highlighted that the result strikes a stark contrast especially to Portugal. Almost two-thirds (62%) of the Portuguese surveyed viewed that living with the restrictions has been fairly or very difficult, a sentiment that was echoed by roughly half of the people surveyed in Italy.

Portugal not only shuttered its border with Spain in mid-March, but has also enforced a face mask mandate in public spaces and on public transport, and conducted mandatory temperature checks at airports. The country tightened its measures to limit the spread of the virus further earlier this month, imposing a five-people limit on private and public gatherings and limiting attendance at weddings and baptisms to 50.

Italy, in turn, was one of the first countries on the continent to adopt strict restrictions on movement, prohibiting the public from leaving their homes for other than necessary reasons in late March. The restrictions were not lifted until early June.

The data for the survey was collected between July and August.