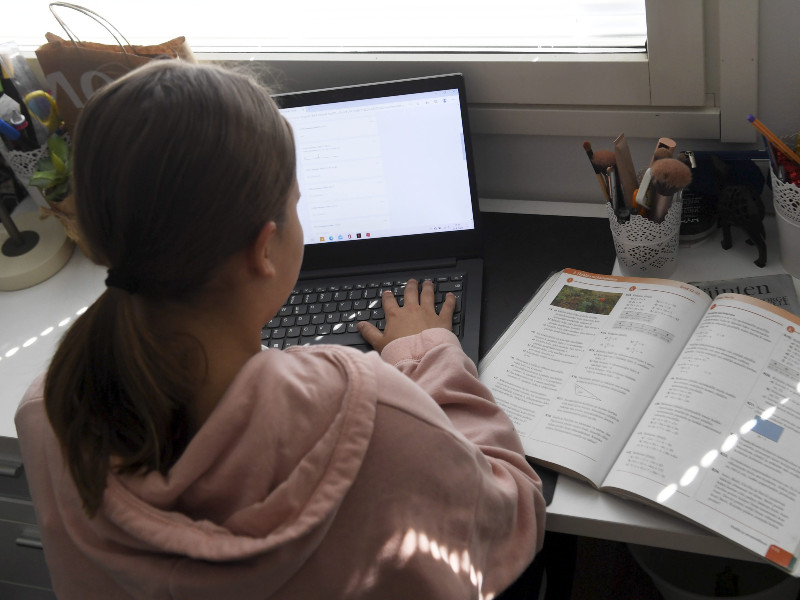 CHILDREN AND YOUNG PEOPLE in Finland engaged in considerably less physical activity during the coronavirus-disrupted spring than previously, reports the UKK Institute.

The Tampere-based private research organisation reported today that it monitored the activity levels of 255 children in years one, three, five, seven and nine of basic education with wearable motion sensors during the first week of May.

The data was compared to that produced by a similar study carried out in 2018. Anne-Mari Jussila, the head of administration and development at the UKK Institute, said the comparison showed that the activity levels of children and young people were considerably lower this spring, with the participants taking an average of 1,000–3,000 fewer steps a day regardless of age or gender.

The pedometer data, however, showed no significant change in physical activity during weekends.

“This is primarily a consequence of the measures that limited the movement of children and young people the most during the coronavirus-disrupted spring, such as remote schooldays and breaks in organised physical activities, affecting [activity levels] especially on weekdays,” analysed Jussila.

An hour-by-hour comparison of activity levels, similarly, showed that the most dramatic differences had taken place between 7am and 2pm, with the difference in hourly number of stakes taken ranging from 200 to 800.

“[This] seems to be attributable particularly to the lack of the journey to school and activity during schooldays, such as at recess,” she said.

The UKK Institute acknowledged that the measures taken by the government last spring to slow down the spread of the virus were necessary, but argued that the study results demonstrate that the side-effects of such measures should be considered more carefully in the event of future epidemics.

“It appears that the restrictions introduced to movement in order to protect public health had the desired effect: a decline in movement,” commented Tommi Vasankari, the director of the UKK Institute. “This, however, inevitably has detrimental effects on public health, especially on risk groups for whom movement is critical for their health and ability to function.”