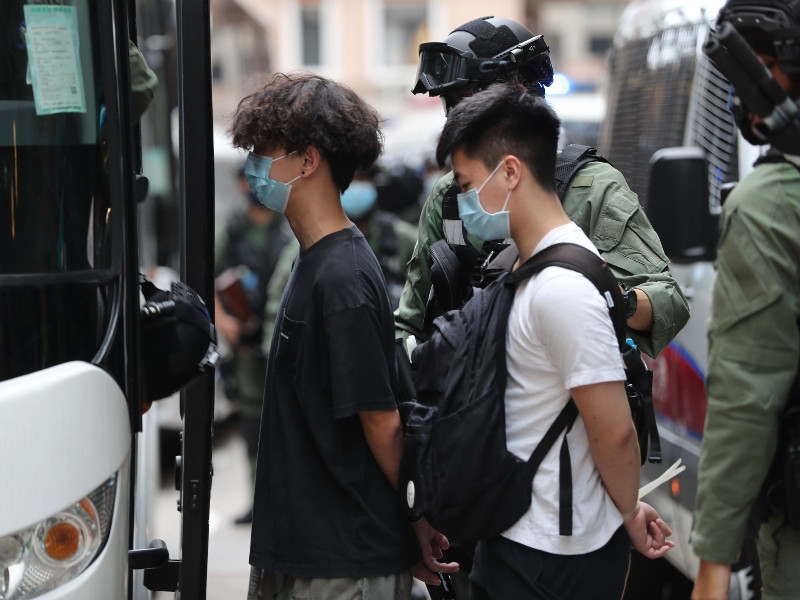 Police officers escort men into a police van following a demonstration during China's National Day in Hong Kong on 1 October 2020. (May James – AFP/Lehtikuva)

President Sauli Niinistö on Friday approved Minister of Justice Anna-Maja Henriksson’s (SFP) proposal to suspend the application of the extradition treaty between Finland and Hong Kong, a special administrative region of China.

The decision is linked to the strict security laws imposed on Hong Kong by China in July, a development that kindled a response from Minister for Foreign Affairs Pekka Haavisto (Greens). The much-criticised law grants authorities extensive rights to make arrests on grounds of national security and clamp down on crimes such as separatism, subversion and collusion with foreign nations.

Helsingin Sanomat on Friday wrote that dozens of people have already been arrested under the law and several opposition members have fled Hong Kong. China, meanwhile, has utilised the law to issue warrants for the arrests of six pro-democracy activists living overseas.

By suspending the treaty, Finland is following in the footsteps of countries such as Australia, Canada, the United Kingdom and the United States.

The concern is that suspects extradited at the request of authorities in the semi-autonomous city could be transferred to and convicted in the not independent court system of Mainland China.

China responded to the suspension without delay, by means of a firmly worded and to-the-point statement on the website of the Chinese Embassy in Finland: “The Chinese side urges the Finnish side to abide by the international law and the basic norms governing international relations, stop interfering in Hong Kong affairs and China’s internal affairs in any forms to avoid harms to China-Finland relations.”