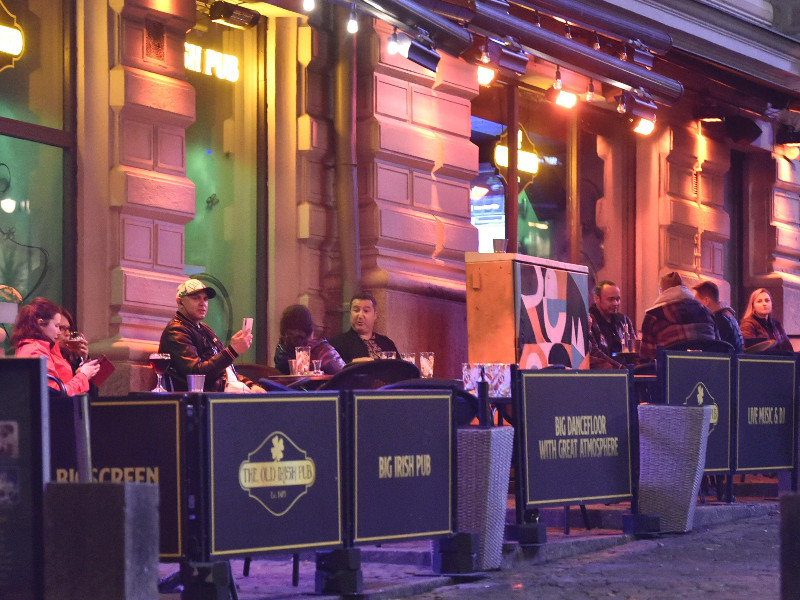 Customers on the outdoor terrace of a restaurant on Aleksanterinkatu in Helsinki on 10 October 2020. (Jussi Nukari – Lehtikuva)

THE CONSTITUTIONAL LAW Committee of the Parliament has announced it will not approve the plan to uphold the current restrictions on the operations of restaurants in Finland beyond October.

The committee ruled last week that the government cannot adopt a decree that restricts the freedom to conduct business in the way it has proposed, viewing that the present restrictions on the opening and serving hours of restaurants are already problematic.

The Finnish government has issued a decree limiting the operations of restaurants regardless of their type and geographical location. The opening and serving hours have been limited across the country, while restaurants in regions where the coronavirus epidemic is accelerating have been ordered to close their doors as early as 11pm and bring in no more than half of their usual full capacity.

The Constitutional Law Committee on Thursday stressed that the restrictions must be justified by the type and geographical location of the restaurant.

“The restrictions must be decreed separately for different types of restaurants in a manner that the restrictions are necessary specifically in those establishments to prevent the spread of generally hazardous communicable diseases,” its statement read.

“Regional rules must be the rule of thumb,” Johanna Ojala-Niemelä (SDP), the chairperson of the Constitutional Law Committee, elaborated to YLE. “The epidemiological situation is very different in different parts of the country. It’s hard to justify judicially why the same formulaic restrictions should apply to whole Finland.”

“We’ve got no choice but to do that given that we’ve been asked to by the Constitutional Law Committee,” Markus Lohi (Centre), the chairperson of the Social Affairs and Health Committee, said to Helsingin Sanomat.

“There’s no such thing as a perfect categorisation for determining which side of the line a particular restaurant falls on, but that’s what we’ll have to do.”

The parliamentary committee, he added, should have its report ready no sooner than on Tuesday.