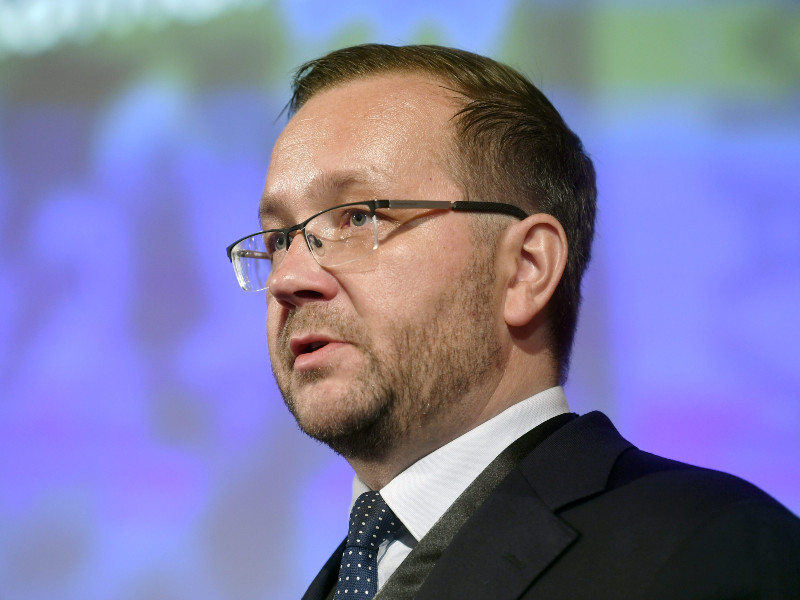 Juho Romakkaniemi, the CEO of Finland Chamber of Commerce, was photographed delivering the opening remarks of a tax-themed seminar in Helsinki on 17 September 2020. (Vesa Moilanen – Lehtikuva)

COMPANIES in Finland are increasingly concerned about the government’s capability to handle the coronavirus epidemic and the economic crisis it has set off, finds a survey conducted by Finland Chamber of Commerce.

Almost two-thirds (67%) of the companies surveyed gauged that the government has handled the economic crisis very or relatively poorly, signalling a 12-percentage-point jump from May.

The views of companies have shifted even more dramatically when it comes to the national response to the pandemic, with the percentage of companies that are very or relatively disappointed in it rising from 13 to 34 per cent.

“Already in May, companies felt that the government had not been able to handle the economic crisis in the desired way,” highlighted Juho Romakkaniemi, the CEO of Finland Chamber of Commerce.

He reminded that the struggles of businesses inevitably have an impact on the public and the country as a whole.

“The jobs that provide people their livelihoods are found in companies. If their operating environment is limited because the government failed to prepare for a second wave during the summer, it is both very saddening and very alarming,” said Romakkaniemi.

Finland Chamber of Commerce on Monday also reported that companies’ views on their staff and net sales have not changed since the start of the summer, with three-fourths of companies viewing both that the epidemic has had a negative impact on them and that their net sales will decrease in the next two months.

Nearly a half (44%) of companies revealed they have had to resort to temporary or permanent lay-offs, while 43 per cent stated that they will have to examine the need to adjust their headcount by the end of the year.

“New risks are on the horizon this autumn,” reminded Mauri Kotamäki, the chief economist at Finland Chamber of Commerce. “The world is in an economic slough even though massive stimulus projects are boosting total demand around the world. Companies in Finland are simultaneously afraid about their cost competitiveness, offices are forced to adapt if not shut down their operations, strikes are taking place and the prime minister is sending worrying signals to industries.”

“Although the first six months of the coronavirus crisis went fairly well in international comparison, we are not out of the woods yet. The need for local bargaining is higher than ever before,” he said.

Almost 3,000 companies from various sectors responded to the survey.