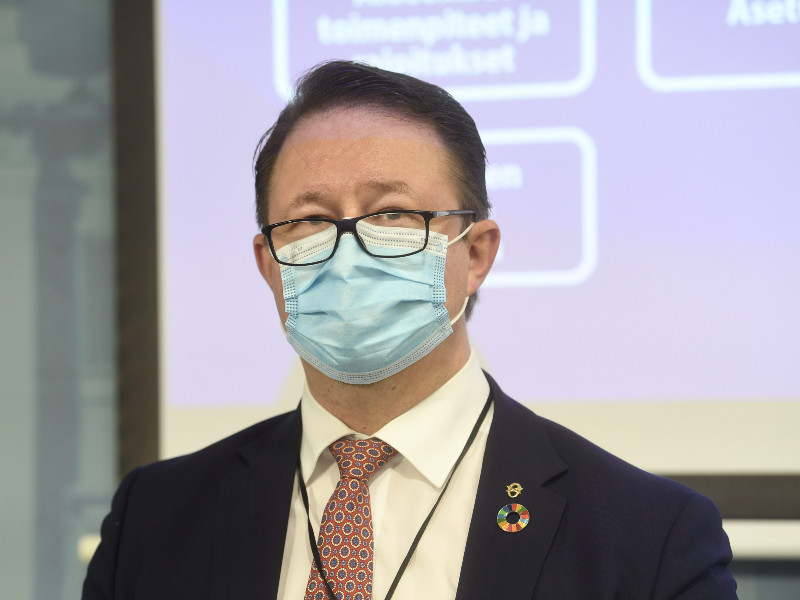 Mika Salminen of the Finnish Institute for Health and Welfare (THL) briefed the media about the coronavirus situation in Finland in Helsinki on Thursday, 8 October 2020. (Vesa Moilanen – Lehtikuva)

HOSPITAL DISTRICTS in Finland inputted a total of 296 new coronavirus cases into the infectious diseases register in the 24 hours leading up to 1pm on Thursday, according to the Finnish Institute for Health and Welfare (THL).

THL on Thursday said the coronavirus epidemic has accelerated noticeably in practically all parts of the country, with both the number of cases and proportion of positive tests on the up-tick.

The source cannot be ascertained in over a half of the new cases.

“The situation is thereby fairly disconcerting,” Mika Salminen, the director of health security at THL, conceded in a press conference in Helsinki.

THL reported that 1,013 of the 11,345 coronavirus cases detected to date were entered into the infectious diseases register in the past seven days, between 28 September and 4 October, signalling an increase of over 300 cases from the period between 21 and 27 September.

The number of cases detected in the past two weeks, meanwhile, stood at 1,719, translating to an incidence of 31.0 cases per 100,000 inhabitants.

A total of 31 people were in hospital care, including five in critical care, with symptoms caused by the virus on Thursday. The death toll from the virus stayed unchanged from the previous day – at 346.

THL on Thursday also announced the maximum duration of coronavirus-related quarantines, be it a self-monitored or physician-ordered one, will be shortened from 14 to 10 days as of Monday, 12 October.

“We know on the basis of studies that only some of exposed people will get sick. Over a half of them get sick within five days of exposure and nearly all within 10 days. Only very few get sick later than that,” explained Taneli Puumalainen, a chief physician at THL.

People who develop symptoms associated with the virus 10 or more days after exposure should nevertheless contact health care services or conduct a symptoms assessment on Omaolo.fi, he added.