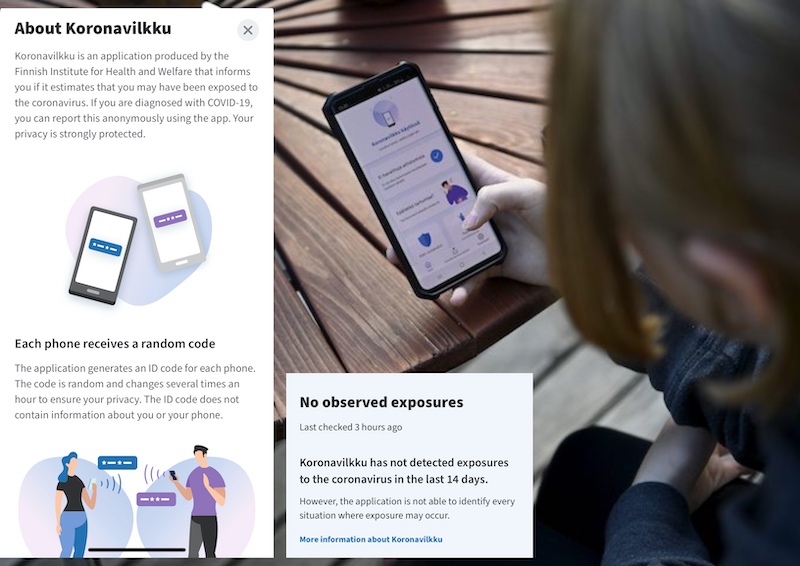 Koronavilkku, The Finnish Coronavirus contact tracing app can now be downloaded in English in addition to the original Finnish and Swedish languages. The app which was first rolled out in the beginning of September was downloaded by over 1.8 million people in the first week. More than two third of Finns have now downloaded the app which is available for IOS and Android mobile devices.

Shortly after the publication, it was discovered that the app did not alert for longer exposures, i.e. users were alerted if they had come into short contact with a person who later had tested positive for the virus, but not when the contact took a longer time.

Another caveat recently discovered is that there could be a delay in the exposed person receiving an alert, due to blocks in communication between the operating system and central database of the authorities.

Delay could also occur due to shortages of testing capacity. Recently test results have taken a days to return and by then it some who have been in contact with the first spreader my already be contagious themselves.

For more info and links to download the app go here.