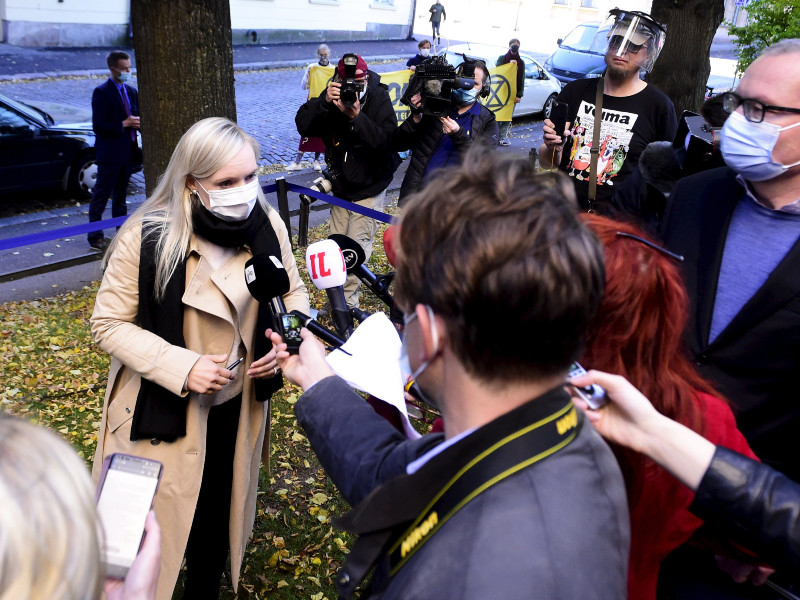 POLICE OFFICERS should only resort to force as a last resort when intervening in demonstrations, underscores Minister of the Interior Maria Ohisalo (Greens).

Ohisalo on Monday staged a press conference to comment on the measures taken by police officers intervening in a protest calling for firmer policy measures to tackle the climate emergency in Helsinki on Saturday, 3 October.

She underscored that the right to protest is part of the fundamental rights of democratic societies but declined to comment on whether the officers resorted to disproportionate force by using spray to disperse a group of protesters who were obstructing traffic. The National Police Board, she reminded, has yet to complete its inquiry into the sequence of events.

“We’re still waiting for an official report from the National Police Board,” she said, adding that police have presented an unofficial brief about the events to the Ministry of the Interior. “I’m not an overseer of legality.”

The incident is set to be examined also by the Parliamentary Ombudsman.

Ohisalo was asked whether protesters have the right to bring traffic to a stop for up to hours, as they did in Helsinki on Saturday.

“They had a specific modus operandi here,” she retorted, stopping short of commenting on the organiser of the protest, Elokapina. “Protesting isn’t always easy, and its goal is to call attention to difficult issues.”

The minister, in turn, asked an indirect question from the police: “Demonstrations in Finland have happened without incident for decades, and earlier police may have intervened in them in different ways. We must now naturally examine whether this had something different compared to earlier ones and why police took this course of action. The report will shine light on that.”

The National Police Board is expected to submit its official report on the incident by the end of this week.