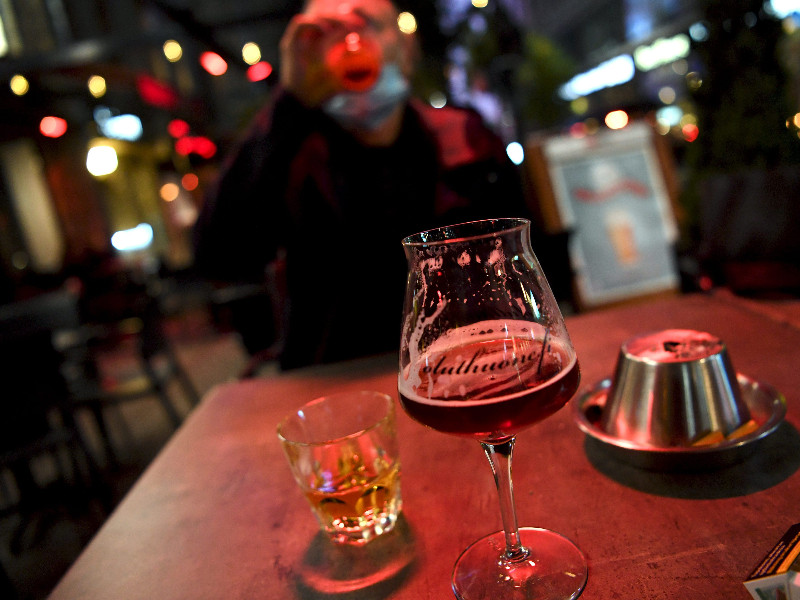 A patron and beverages on a table on the outdoor terrace of Ölhus Köbenhaven in Helsinki on Wednesday, 30 September. (Antti Aimo-Koivisto – Lehtikuva)

TANELI PUUMALAINEN, a chief physician at the Finnish Institute for Health and Welfare (THL), revealed on YLE’s A-studio on Thursday that at least 200 of the coronavirus infections detected in the past two months have been traced to restaurants.

“It’s difficult to say for sure where these infections came from. There’s, however, a high likelihood that a couple of hundred infections have come [from restaurants] in the past two months,” he said.

In Helsinki, he added, one late-night restaurant is believed to have been the source of as many as 40 infections detected after mid-September. Although authorities have reported about the mass exposure, the name of the restaurant has not been disclosed to the public.

Puumalainen provided the estimate as justification for the restrictions on the opening and serving hours of restaurants that came into effect on Thursday, 1 October.

Restaurants in Finland will be allowed to be open from 4am to 1am and serve alcohol from 9am to 12 am as of next Thursday, 8 October. The restrictions will be stricter in regions where the coronavirus epidemic is deemed to be in the acceleration stage, with restaurants required to stop serving at 10pm and close their doors at 11pm.

Similar restrictions have been adopted in other parts of Europe, highlighted Puumalainen.

He stated in a press conference earlier yesterday that experiences from other countries indicate that late nights in restaurants are unfortunately settings where fairly large groups of people have contracted the virus relatively recently, given the number of people and difficulty to maintain a safe distance to others.

The Finnish Hospitality Association (Mara), especially, has questioned the restrictions and demanded that authorities provide details on how many infections have been shown to originate in restaurants. The restrictions, it stated, are disproportionate to the share of restaurants of all reported exposures to the coronavirus.