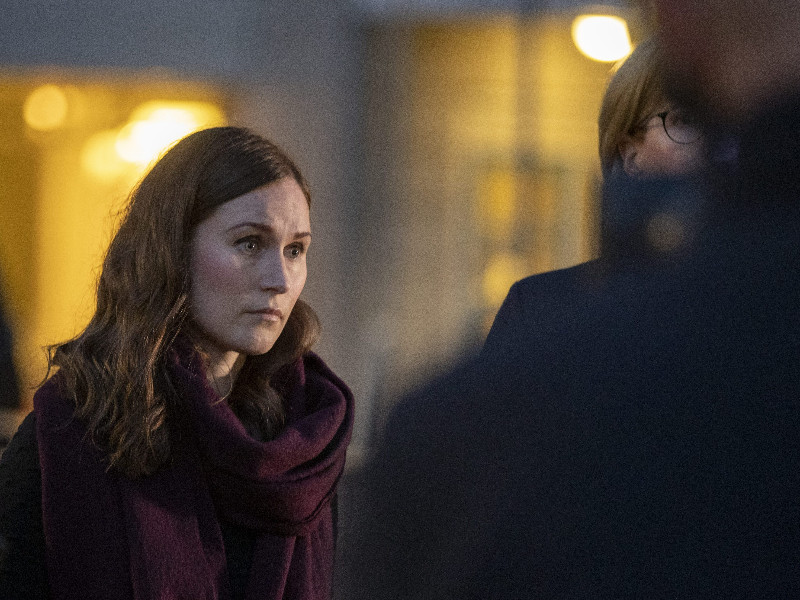 Prime Minister Sanna Marin (SDP) spoke to reporters after sitting down with employees of Nester’s refinery in Naantali on 18 September 2020. (Roni Lehti – Lehtikuva)

A NUMBER of Finnish business executives have taken issue with the remarks made recently about corporate social responsibility by Prime Minister Sanna Marin (SDP).

Marin told Talouselämä on Friday that Finland cannot trust in the willingness of companies to take care of people and the environment, citing the lack of trust as evidence of the need for a strong public sector and welfare society.

“The message from industries has for years been that regulation can be relaxed because companies want to shoulder responsibility for their operations. Whether that social responsibility is found or not is now being put to the test. It seems to me that there’s need for a strong welfare society and public sector also in the future,” she said to the commerce-oriented newspaper.

Mika Ihamuotila, the board chairperson at Marimekko, argued that there is no evidence that companies are less socially responsible than the government. Finnish companies, he said, are deeply concerned about jobs and the environment – often at the expense of their profitability.

“We’re asking, ‘is the government carrying its social responsibility now by making difficult decisions to promote employment’? What about decisions that promote investment? We’re in this together.”

Risto Siilasmaa, the board chairperson at F-Secure, expressed his disapproval with the contention that companies are shuttering profitable manufacturing operations in Finland.

“As if companies are waiting for a global crisis to shut down their units and undermine their own interests simply out of spite. Companies don’t shut down profitable production in the middle of a crisis. Or at any other time either,” he said.

Finland, he estimated, is currently home to a long list of unprofitable business operations that are being continued solely based on trust in a better future and a desire to postpone lay-offs and shut-downs.

“The most important question is what the central administration can do to foster new trust in the future. There’s a big difference between Sweden and Finland,” he said.

Kim Gran, a former chief executive at Nokian Tyres, pointed out that the best way for the government to support corporate social responsibility is to develop the operating environment broadly.

“Straitjackets, accusations and juxtapositions are strangling both the ability and willingness,” he warned.