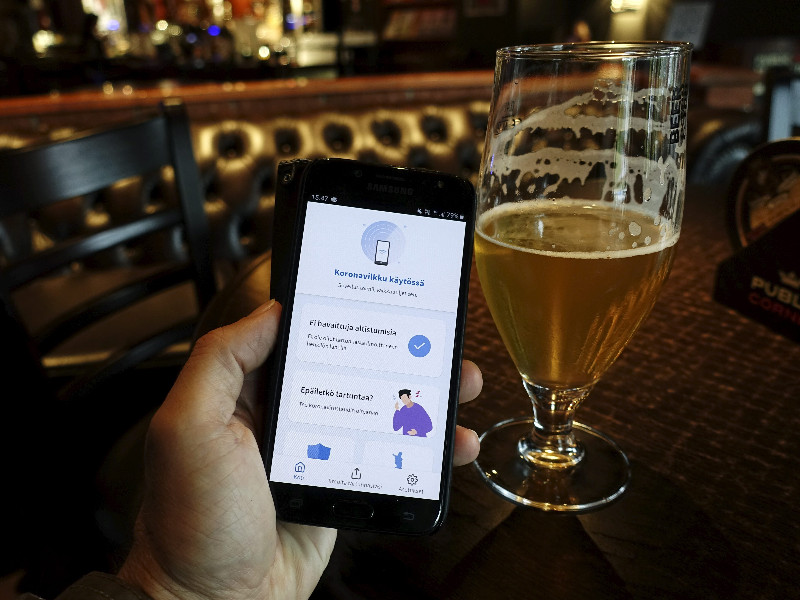 A man using the national coronavirus contact-tracing app, Koronavilkku, in a bar in Helsinki on 9 September 2020. (Teemu Salonen – Lehtikuva)

THE GOVERNMENT of Prime Minister Sanna Marin (SDP) has yet to reach an agreement on how to restrict the operations of restaurants due to the exacerbating coronavirus epidemic, reports Helsingin Sanomat.

The daily newspaper wrote yesterday that the government intends to toughen regulations on opening hours but has yet to agree on the time at which alcohol sales should stop.

Information obtained by the newspaper indicates that the five ruling parties have mostly discussed two options for last call for orders: at 12am or 1am. The establishments would be allowed to stay open for an hour after the last call.

The solution discussed by the ruling parties is comparable to that adopted for cross-border travel, according to Helsingin Sanomat.

The restrictions on opening hours would be based on weekly or biweekly reports issued by health care authorities on the epidemiological situation in different hospital districts, increasing if a region moves from the acceleration phase to the spreading phase but decreasing if the spread has been brought under control.

Minister of Family Affairs and Social Services Krista Kiuru (SDP) on Saturday said the Ministry of Social Affairs and Health will present its proposal at the government session on Tuesday.

The restaurant sector is dreading the announcement.

Timo Lappi, the managing director of Finnish Hospitality Association (Mara), on Saturday warned that a new set of restrictions could at worst cause a complete catastrophe in the sector.

“The situation is critical. Restaurants are out of money. Employees are out of money. The outcome will be ugly, that much is clear,” he warned in an interview with Helsingin Sanomat. “A wave of bankruptcies, unemployment. We’re constantly getting messages from companies in the sector saying they’re on the edge.”

The Finnish restaurant sector provides employment to about 85,000 people.

Minister of Justice Anna-Maja Henriksson (SFP) acknowledged that new restrictions may prove fateful for restaurants and tourism, stressing that the government must discuss not only the justification for restrictions, but also the need for additional financial support.