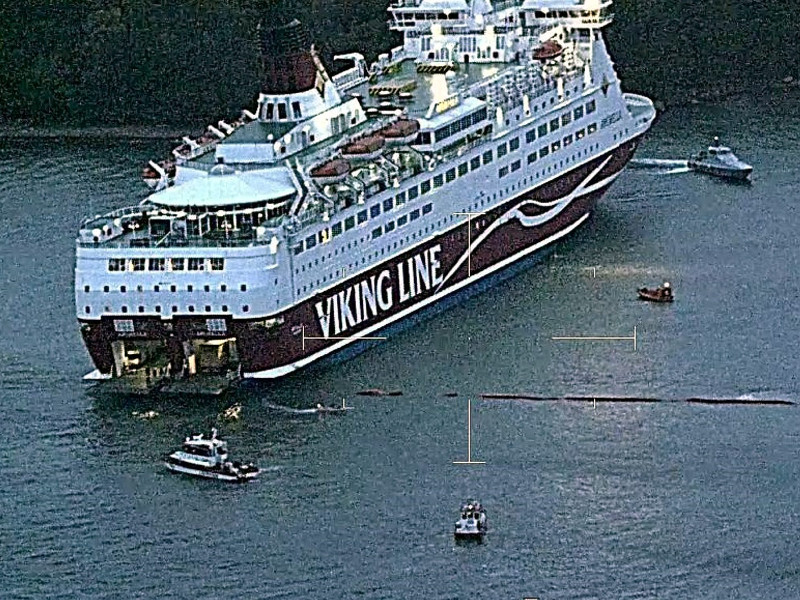 PASSENGERS AND CREW aboard MS Amorella, a passenger ferry operating between Turku and Stockholm, were evacuated after the ferry touched the seabed south of Långnäs on Åland Islands at about 12.35pm on Sunday.

The ferry was carrying around 200 passengers and 80 crew, according to Viking Line.

The crew navigated the ferry to shore after the incident to stabilise the situation. All of the passengers were evacuated with the help of local authorities during the course of the afternoon and transported to an evacuation centre set up in a school on Åland Islands.

Viking Line on Sunday said no passengers or crew sustained injuries in the incident.

“We are currently examining the damage to Amorella. The vessel will be replaced as of tomorrow by MS Gabriella,” it announced.

The Safety Investigation Authority (OTKES) has opened an accident investigation into the grounding, according to Helsingin Sanomat. Veli-Pekka Nurmi, the director at OTKES, stated to the newspaper that it is rare for passenger ferries as large as this to run aground, adding that each incident that causes damage to the ferry is serious.