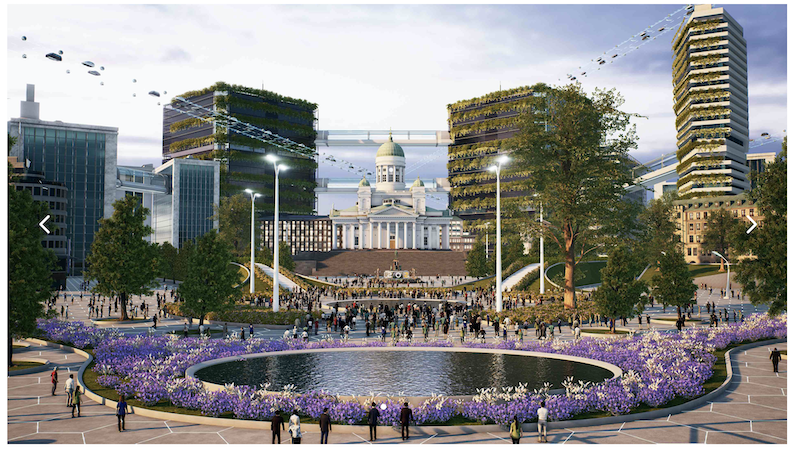 The cities of Helsinki and Tallinn are hosting the third World Summit on Digital Built Environment, WDBE, for experts in the field of urban development. Due to the Covid-19 crisis, the WDBE is partnering with Epic Games and Zoan to bring the guests an immersive virtual event experience like nothing before.

The WDBE brings participants from over 50 countries together September 29–30, 2020 around the unlimited possibilities of digitalisation as an enabler of a more socially, culturally, ecologically and economically sustainable urban future.

It is fitting, therefore, that the event is being organised in a virtual city that combines the best features of two neighbouring cities divided by the Gulf of Finland: Helsinki and Tallinn.

Urban development in Helsinki is going through rapid changes as the city powers towards carbon neutrality through investment in, among other things, district heating, a new light rail system and buildings that are more efficient. Efforts are also being concentrated on ensuring Helsinki remains a socially just and equal place to live in for all its inhabitants also in the future.

“Environmental and social sustainability pose many challenges for urban development and we cannot tackle them without international collaboration. The climate crisis will not stop for Covid-19 and neither can we. That’s why this platform is an exciting opportunity to truly connect with international colleagues during this extraordinary time in history and to push us forward in the work we do to design an even better urban future for our city”, says Hanna Harris, Chief Design Officer for the City of Helsinki.

“This year the theme of our event is Redefining Sustainability for Urban Future. Many global events in our industry have been canceled or postponed, but because of our theme and the level of ambition, we wanted to utilise this opportunity and start experimenting with scaling up the event digitally. Our mission in KIRAHub is to boost sustainable digitalisation of the built environment in Finland and we believe that the time is now to really do it”, says Teemu Lehtinen, CEO of KIRAHub, a non-profit association and one of the main organisers of the summit.

The technology used to make the event truly immersive and engaging is brought to the table by Zoan and Epic Games. Zoan was recently featured in Forbes and The Business Insider for their live concert production in virtual Helsinki with the Finnish rap duo JVG, which attracted over a million spectators. With the help of Epic Games’ Unreal Engine, the summit platform will morph into an immersive Illusion City, which can be experienced in real time with any device.

Virtual Helsinki is a major initiative forming one part of the City of Helsinki’s overarching digital strategy, which sets ambitions for the city to become the virtual capital of the world. Unreal Engine has been used to build a digital twin of Helsinki using 3D modelling from open data provided by the city. Zoan has merged this with a series of drawings, hand-crafted modelling and imagery to create one of the world’s most realistic VR experiences.