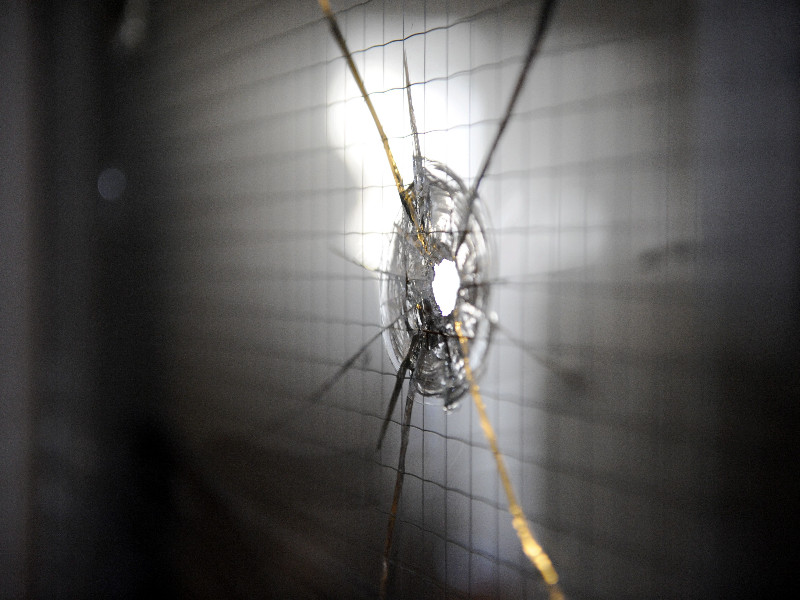 A bullet hole inside the school that was the scene of an attack that left 11 dead, including the gunman, and three injured in Kauhajoki, Western Finland, on 23 September 2008. (Antti Aimo-Koivisto – Lehtikuva)

THE EUROPEAN COURT of Human Rights (ECHR) ruled on Thursday that Finnish authorities violated the right to life of 10 young people by failing to do their due diligence to prevent the school shooting that occurred in Kauhajoki, Western Finland, in September 2008.

The ruling was delivered by a vote of six to one.

Nineteen family members of the 10 people who died in the shooting filed a complaint with the ECHR in 2012, questioning the decision of authorities to grant the shooter a gun licence despite his mental health problems. The decision, the complainants argued, violated article two of the European Convention on Human Rights.

Police also decided not to confiscate the firearm despite interviewing the shooter a day before the shooting for posting alarming firearm-related videos and references to the Columbine High School massacre in the United States in 1999.

The 22-year-old man committed suicide after killing 10 at the school on 23 September 2008.

The ECHR ruled in favour of the complainants, ordering the Finnish state to pay the family of each victim 30,000 euros in compensation for their loss and almost 7,000 euros for the legal fees incurred during the eight-year process, according to YLE.

Also the Finnish judicial system has assessed the actions of authorities prior to the shooting, reminded Helsingin Sanomat.

The Vaasa Court of Appeal in 2011 convicted the officer who interviewed the shooter of negligent violation of official duty for failing to use their discretion and confiscate the firearm. The officer, however, also had no justified reason to suspect the shooter was planning a school shooting, according to the court.

The families of the victims had demanded that the officer be sentenced for violation of official duty and several counts of negligent homicides.

Helsingin Sanomat also highlighted that the shooting served as an impetus for amending the firearms legislation. The amendments appear to have had the desired effect. The man who killed one and wounded several others in a vocational college in Kuopio in October 2019 stated in court earlier this week that he decided to use a sword in his attack due to the difficulty of obtaining a firearm.