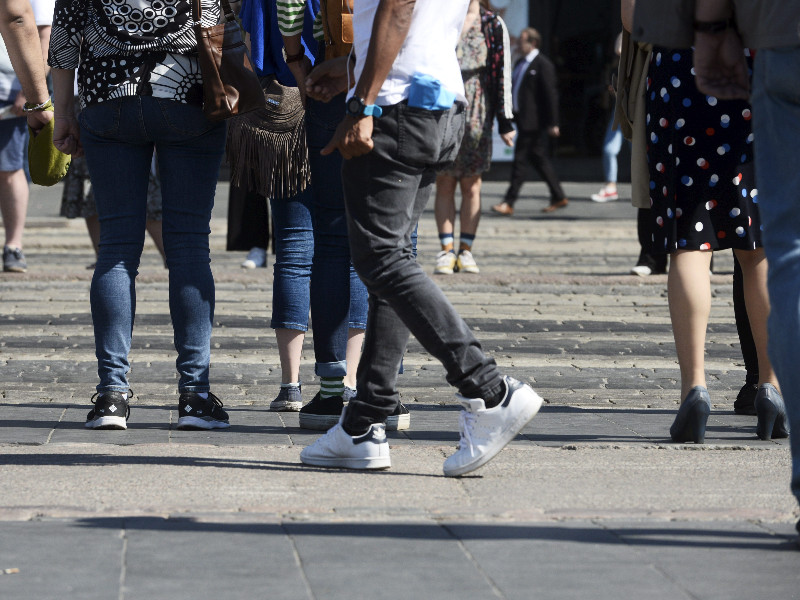 Pedestrians in Helsinki on 22 May 2019. (Laura Ukkonen – Lehtikuva)

THE CHIEF ECONOMIST at the Confederation of Finnish Industries (EK), Sami Pakarinen, has voiced his concern about the investment statistics published at the end of August.

“It seems that investments have hung in there, but I doubt for more than a fleeting moment,” he phrased in his blog.

Construction, he highlighted, is of great importance because it accounts for more than 60 per cent of investments in Finland.  Although construction investments rose by two per cent in the second quarter when adjusted for seasonal variation, it is not necessarily an accurate reflection of the current trend, warned Pakarinen.

“Construction investments increased because more new construction projects were launched due to permits acquired earlier. The trend in permits should be monitored for the investment trend,” he said.

“It seems that construction will have a big negative impact on the national economy unless the trend in permits starts moving in a better direction soon,” he predicted.

He pointed to the lack of a clear urban policy to support the growth of population centres as one of the contributing factors, viewing that the recent pandemic-driven up-tick in moves to sub-urban areas is unlikely to have a major impact on migration trends.

Investments in equipment and machinery, by contrast, have been on the decline for some time, with no signs of recovery on the horizon.

“Finland’s longer-term competitiveness factors are key for equipment and machinery investments,” said Pakarinen. “Fixing the public economy with tax increases is a genuine threat when considering long-term investments. Labour supply is also key, but we can affect it by increasing employment-based immigration.”

“The picture is not pretty in the slightly longer term, either,” he added. “We urgently need long-term policies that are in line with the long-term interests of Finland. This would foster trust in Finland as an investment environment.”

Pakarinen pointed out that the economic policy debate tends to revolve around employment and public debt, the former of which is mostly a tool to patch up an ailing public economy.

“Investments, in contrast, are a means to create sustainable growth and support the important economic growth driver that is productivity. As far as public debt is concerned, foreign capital should be used first and foremost to support investments and grow the intellectual capital rather than to make permanent spending increases,” he argued.