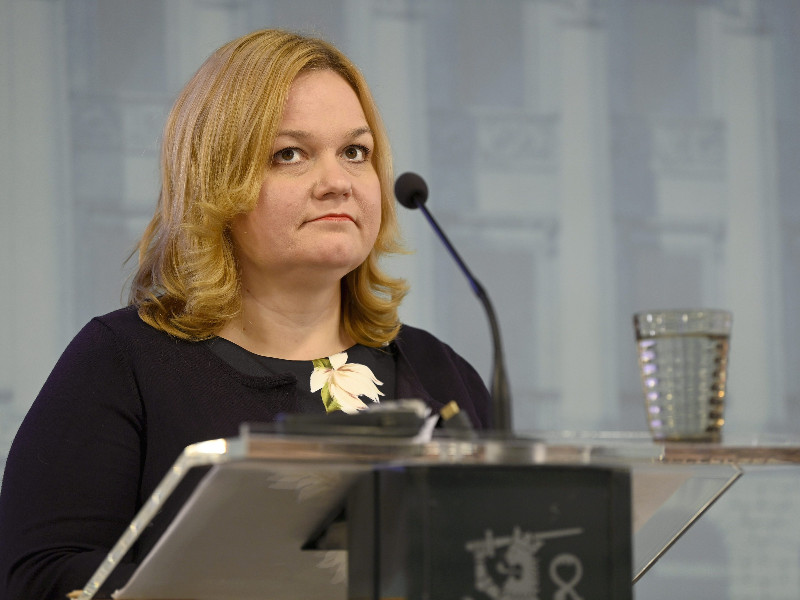 Minister of Family Affairs and Social Services Krista Kiuru (SDP) spoke about the government’s strategy to manage the coronavirus epidemic at a news conference in Helsinki on Thursday, 3 September 2020. (Antti Aimo-Koivisto – Lehtikuva)

THE FINNISH GOVERNMENT on Thursday approved an action plan for steering the implementation of recommendations and restrictions to limit the spread of the new coronavirus after the first phase of the epidemic.

Minister of Family Affairs and Social Services Krista Kiuru (SDP) said the plan fundamentally lays down the next steps of the composite strategy for the coming months.

The plan divides the epidemic into three levels based, for example, on the incidence and geographical distribution of new infections. The first level is characterised by a low incidence and low share of domestically contracted infections, and the second by a two-week incidence of 10–25 cases per 100,000 inhabitants and the occurrence of mostly traceable local and regional clusters.

The third level, in turn, is characterised by a two-week incidence of 18–50 cases, a daily increase of at least 10 per cent in laboratory-confirmed cases, a success rate of less than 50 per cent in tracing the infections to their source, and a surge in demand for hospital and critical care capacity.

Kiuru said Finland remains at the first level despite the modest rise in infections, meaning that hygiene recommendations and targeted measures by regional authorities remain the primary means to manage the epidemic.

The strategic objective of the measures is to prevent the epidemic from exacerbating to the second level.

The severity of the epidemic, however, is subject to notable regional variation, and the epidemiological situation may change quickly as a consequence of large clusters of infections, reminded Kiuru.

The Finnish government stated in its press release that the measures should be targeted and timed accurately based on their epidemiological and medical relevance.

“The measures adopted under the principle of test, trace, isolate and treat are targeted primarily at people who are suspected of having been infected and the close contacts who have been exposed. The goal is to break chains of transmission and prevent the virus from spreading wider in the population.”

Measures targeted at the population at large, it added, could be justified as a last-resort to counter a high risk of the epidemic spreading, such as at the second level defined by the government.