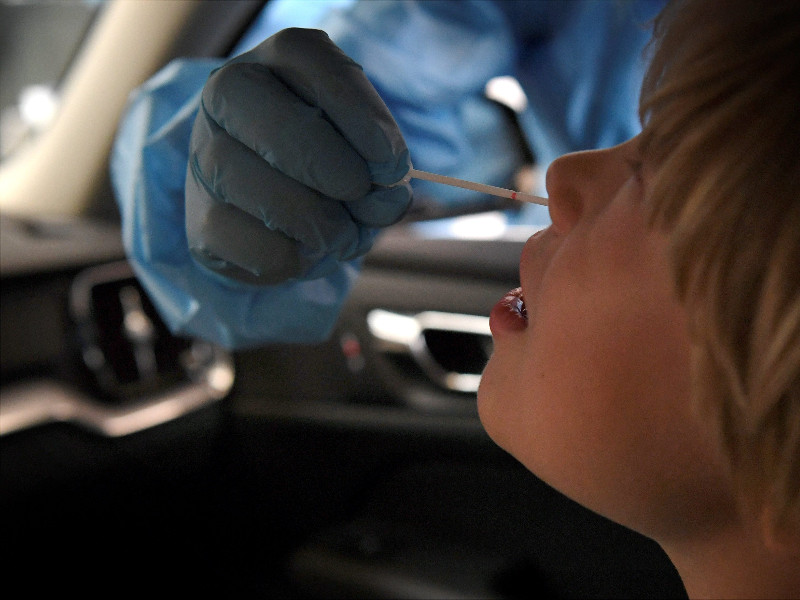 A health care professional took a sample for a coronavirus test from a child in Helsinki on 23 August 2020. (Antti Aimo-Koivisto – Lehtikuva)

NON-FINNISH and non-Swedish speakers have been hit the hardest by the coronavirus epidemic in Greater Helsinki, reports Helsingin Sanomat.

“They’ve had more than two times more infections relative to the size of the population group,” Asko Järvinen, the chief physician of infectious diseases at the Hospital District of Helsinki and Uusimaa (HUS), said to Helsingin Sanomat on Monday.

There are other demographic differences in the incidence and severity of infections, too. Men, for example, are over-represented in critical care admissions necessitated by the virus, accounting for two-thirds of patients in critical care in Uusimaa.

Helsingin Sanomat highlighted that the age profile of the cases has changed noticeably since last spring, as most of the recent infections have been detected in 20–39-year-olds. Young people rarely develop serious symptoms from the new coronavirus.

“Another way to put this is that even small children can get sick from the coronavirus, but they have more diseases caused by other viruses. The number tells nothing about symptoms because many children only experience mild symptoms,” said Järvinen.

The estimate that the majority of infections cause only minor symptoms or no symptoms at all remains logical, he added to the newspaper.

“Our understanding of the share of asymptomatic carriers is derived from few sources, like [passenger] ferries. It has been possible to monitor the disease presentation more closely when people are in confined spaces,” he told. “These situations nonetheless demonstrate that many may only have budding symptoms that vanish quickly.”

Because the first few days of infections are when the carriers are most likely to transmit the virus to others, the chains of infection typically start developing early and are difficult to break in time.

Järvinen estimated that the causes of symptoms experienced at different stages of the disease can vary: the early symptoms are probably caused directly by the viral infection, whereas the later worsening of symptoms may be an indication of a strong immune response.

“People usually seek hospital treatment after having the disease for roughly a week, which means it may be because of a too strong immune response,” he told.