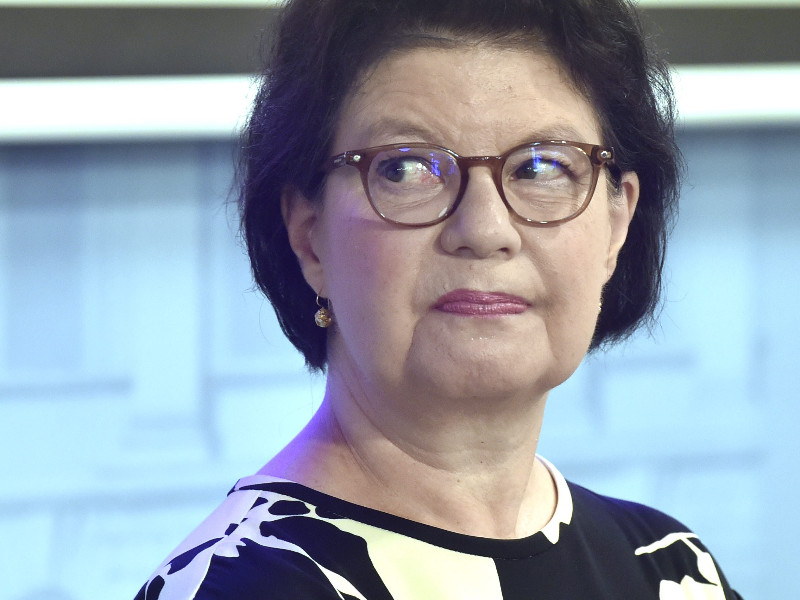 Liisa-Maria Voipio-Pulkki, the head of strategic affairs and chief medical officer at the Ministry of Social Affairs and Health, reacted at a press conference in Helsinki on Thursday, 20 August 2020. (Jussi Nukari – Lehtikuva)

THE NUMBER and incidence of new coronavirus infections have risen noticeably from the low levels recorded in Finland in early July.

The national figures remain nevertheless relatively low, according to the latest weekly epidemiological update provided by the Ministry of Social Affairs and Health and the Finnish Institute for Health and Welfare (THL) on Thursday.

A total of 131 new coronavirus cases were reported to the infectious diseases register during the latest seven-day monitoring period between 10 and 16 August, representing a drop of 37 cases from the period between 3 and 9 August. The reproduction number of the coronavirus, a measure of the average number of people who contract the virus from a single carrier, is presently estimated at 1.3–1.5.

The number of new cases is still among the lowest in Europe, reminded Taneli Puumalainen, a chief physician at THL. The number of active cases, he highlighted, is similarly low as over 90 per cent of the 7,842 laboratory-confirmed cases have recovered from the disease caused by the virus, Covid-19.

Only eight people are currently in need of hospital care with symptoms caused by the virus.

Liisa-Maria Voipio-Pulkki, the head of strategic affairs and chief medical officer at the Ministry of Social Affairs and Health, stated that the rebound in new cases is no reason to conclude that the epidemic is in a state of major expansion. Forecasts about the number of patients who will require hospital care, she added, are associated with considerable uncertainties due to factors such as young people making up a growing share of new cases.

Finnish authorities also revealed yesterday in a press release that recent infections have been traced successfully to sources both in and outside Finland.