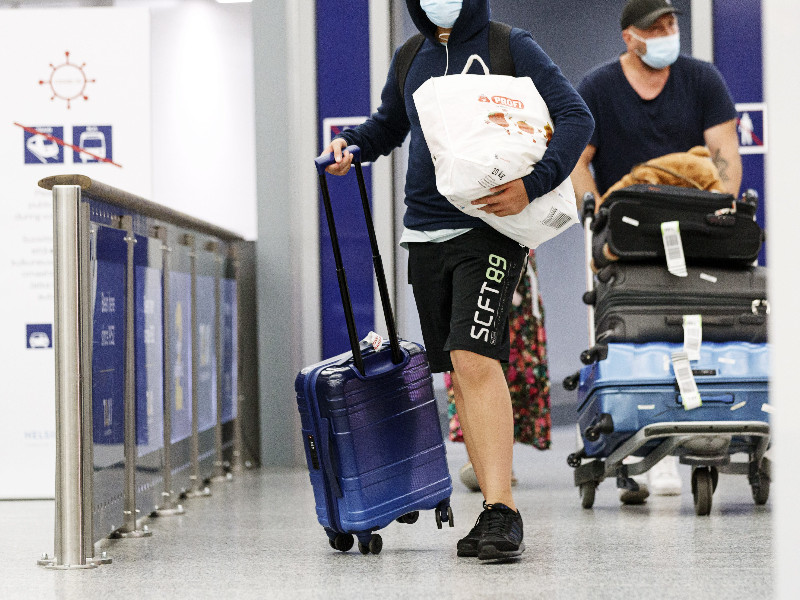 THE READINESS of Helsinki Airport to keep in check the spread of the new coronavirus will improve this week as the airport welcomes dogs trained to sniff out people infected with the virus, reports Helsingin Sanomat.

“The dogs won’t be doing any official work but simply get used to the place for a few weeks,” stated Timo Aronkytö, the Deputy Mayor of Health and Social Services at Vantaa.

He estimated that the dogs can have a significant impact on the effort to prevent the spread of the virus at the largest airport in Finland. Their role and use, however, remain somewhat unclear as their official standing will differ from, for instance, that of the detector dogs used by Finnish Customs.

Aronkytö said he consequently hopes for instructions from the Ministry of Social Affairs and Health.

“Can the dogs sniff all passengers or only some of them? Everything is currently based on consent,” he elaborated to Helsingin Sanomat. “When a customs dog takes a sniff at a suitcase and marks it, the passenger cannot refuse to open the suitcase. When a dog trained to detect the coronavirus marks a passenger, the passenger will first be asked to take a voluntary test, but later it should also be possible to force them to take the test.”

Passengers at Turku Airport have already been ordered into mandatory two-week quarantines after returning from areas with a high incidence of coronavirus cases.

Officials at Helsinki Airport have contrastively yet to order anyone into mandatory quarantine, even though it was reported last week that tests conducted at the airport yielded two to three times more positive results than tests conducted elsewhere in the Hospital District of Helsinki and Uusimaa (HUS).

The airport is also set to take delivery of microbiological safety cabinets that promise to substantially expedite the testing process, thus potentially making the test a more appealing proposition to arriving passengers.

Designed to protect the employee and environment and prevent the sample from contaminating, the cabinets are manufactured by Vilppula-based Kojair Tech.

“The testing will become considerably faster,” Heikki Aro, the CEO of Kojair Tech, told Helsingin Sanomat. “It can take hours to transfer the sample from the airport to a laboratory in Meilahti. When you start testing at the airport, the test result is received at best in 15 minutes.”