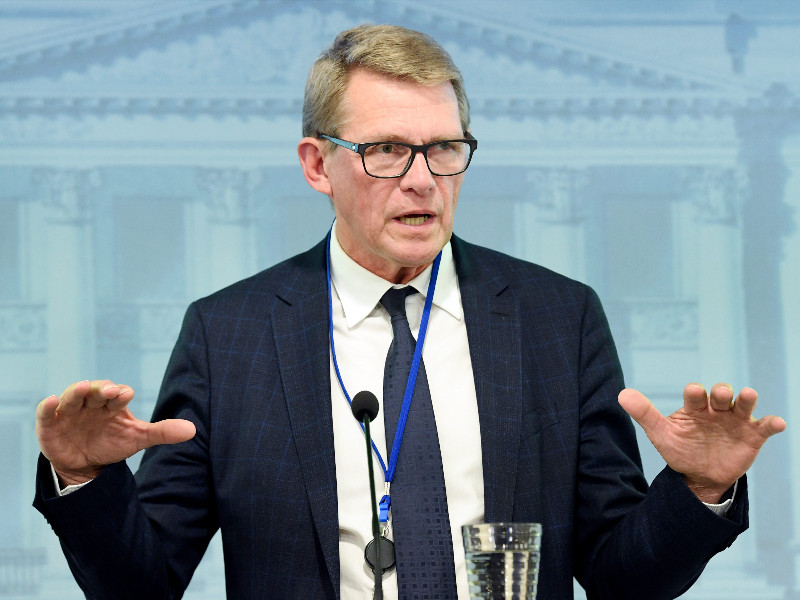 Minister of Finance Matti Vanhanen (Centre) talked about the Ministry of Finance’s budget proposal for next year at the Government Palace in Helsinki on Wednesday, 12 August 2020. (Jussi Nukari – Lehtikuva)

MINISTER OF FINANCE Matti Vanhanen (Centre) drew attention to the importance of preventing a massive second wave of the coronavirus epidemic in commented on the budget draft of the Ministry of Finance on Wednesday, 12 August.

Vanhanen stated to members of the media that sluggish demand for exports casts the darkest cloud over the national economy.

“Our exports are at risk of dying down for a long period of time unless the world manages to bring the epidemic under control,” he commented in a press conference held in the Government Palace in Helsinki.

The main emphasis of the budget proposal is on objectives that can be achieved with national measures, according to Vanhanen. Creating demand for exports, on the other hand, will depend on stimulus measures introduced by the European Union.

Vanhanen reiterated his estimate that the coronavirus epidemic will leave a roughly 20-billion-euro deficit in the budget for 2020, pushing the central government debt to 132 billion euros in 2021.

“I share concerns about the government running up debt quickly with many Finns. My job is to bring the debt under control. This means the government has to succeed in preventing the virus from spreading and return to the budgetary framework. Decisions on employment measures and the social and health care reform are also needed quickly,” he stated.

The Ministry of Finance on Wednesday viewed that its 61.6-billion-euro proposal for next year aligns with decisions made by the government and supports sustainable growth. The budget is 3.9 billion euros larger than the original budget proposal for this year but 5.7 billion euros smaller than budgeted for the year in the original and supplementary proposals.

It shows a deficit of about seven billion euros.