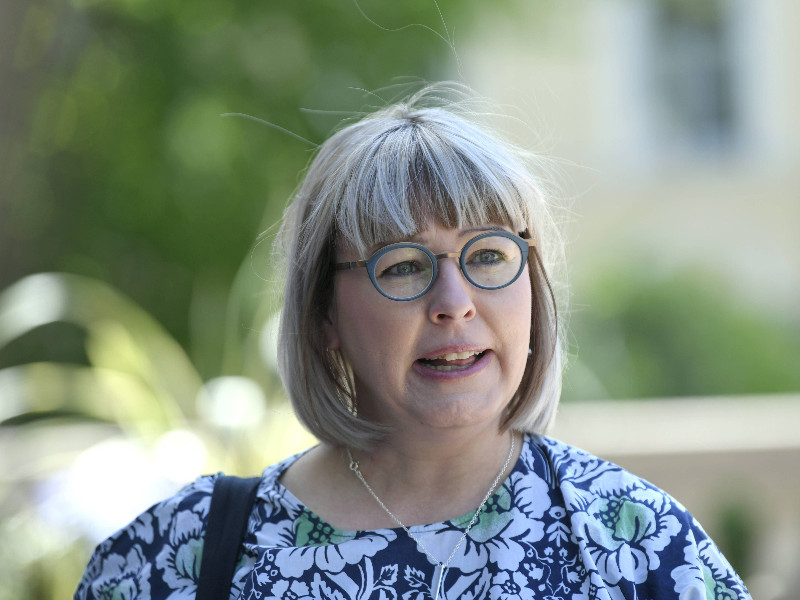 The remote work recommendation is back on the government’s table only days after it was lifted, says Aino-Kaisa Pekonen (Left Alliance), the Minister of Social Affairs and Health. (Markku Ulander – Lehtikuva)

THE GOVERNMENT of Prime Minister Sanna Marin (SDP) will re-examine the need for its recommendation on remote work in light of the recent increase in coronavirus infections, tells Aino-Kaisa Pekonen (Left Alliance), the Minister of Social Affairs and Health.

“The increase in infection numbers gives reason to examine the need to continue remote work at workplaces where it’s possible,” she outlined on Twitter on Wednesday.

The recommendation on remote work expired as recently as on 1 August. The co-occurrence of the lifting of restrictions to slow down the spread of the new coronavirus and the end of summer holidays and start of school year, however, has stirred up concerns both in politicians and medical experts.

The government stated in announcing the expiry of its recommendation on remote work that it is prepared to re-examine the issue depending on the epidemiological situation.

“In order to prevent a second wave of the epidemic, it is necessary to monitor the effects of lifting the restrictions very closely,” it acknowledged in a press release issued in on 23 June.

The Finnish Institute for Health and Welfare (THL) on Wednesday revealed that 29 new coronavirus infections were reported between Tuesday and Wednesday, representing the highest daily increase since early June, according to data provided by Worldometer.

A total of 7,512 laboratory-confirmed infections have been reported in the country. Seventy-four of the infections were reported over the latest seven-day monitoring period between 27 July and 2 August, signalling a rise of 21 from the period between 20 and 26 July.

The death toll from the virus rose by two to 331 between Monday and Tuesday. Six people are currently in hospital care with symptoms caused by the virus, but none of them is in need of critical care.

Helsingin Sanomat on Wednesday highlighted that even though the number of infections was almost two times as high in the past seven days than in the preceding seven days, some of the growth is attributable to an increase in the number of tests.

Markku Tervahauta, the director general of THL, stated to the newspaper that the increase in tests is a sign that more and more people recognise the importance of testing. He also stressed that everyone with respiratory symptoms should get tested and that hygiene procedures and social distancing remain important tools to limit the spread of the virus.

“People should remind themselves of the instructions. They’ve started to slip a bit in that regard,” he said.

Lasse Lehtonen, the director of diagnostics at the Hospital District of Helsinki and Uusimaa (HUS), told Helsingin Sanomat that the most recent daily increase in coronavirus infections looks “very bad”.

“It’s unfortunately looking like the situation is getting worse week by week. Wednesday’s 29 new infections looks very bad. I don’t think we’ll manage without restrictions. The virus is behaving in exactly the same way as it’s doing elsewhere. The bug spreads when people get together,” he analysed.