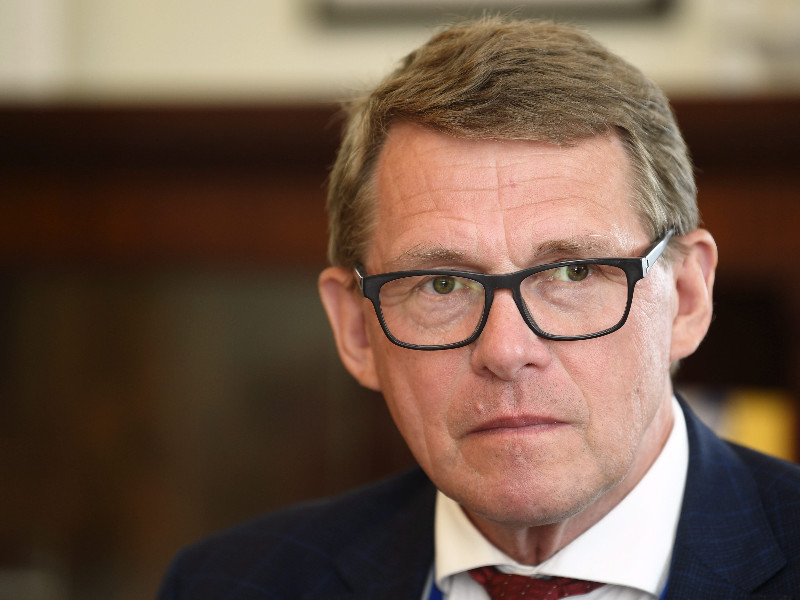 Minister of Finance Matti Vanhanen (Centre) has confirmed he intends to walk away from national politics in 2023. (Vesa Moilanen – Lehtikuva)

THE FINNISH ECONOMY is presently confronted with “dangerously high” risks, according to Minister of Finance Matti Vanhanen (Centre).

Vanhanen reminded Iltalehti on Saturday that the first wave of coronavirus infections and the measures introduced to slow down the spread of the virus created a deficit worth almost 20 billion euros for Finland.

“If a second wave takes place, also it’ll require counter-measures. We’re now better prepared, so hopefully we wouldn’t have to shut down the domestic market as completely, but it’d surely have a significant impact on our economy,” he commented to the tabloid daily.

He added that the crisis would have longer-term impacts if exports failed to begin their recovery in the near future. Finnish exports to Germany and Russia, for instance, slumped to about half of their usual levels in May.

“And the coronavirus hasn’t been brought under control in key economies for the world, like the United States. An investment slowdown is very close for Finland,” he predicted.

Vanhanen also estimated that the time is not yet right for fiscal adjustment in Finland.

“My gut feeling based on my experience is that we’ll spend next year on stimulus, and when you stimulate you shouldn’t make too many decisions that go against it. There’s a time window for stimulus to make sure the wheels start turning. The time for tightening the fiscal policy will be in 2022,” he said, highlighting that the decisions should be made before the parliamentary elections of 2023.

“No one believes [the government] will start tightening the fiscal policy in the midst of the elections of 2023, meaning the decisions should be made earlier – that way, they’re easier to understand for the public and there’s time to digest them by the elections.”

Moody’s on Saturday encouraged Finland to make haste with fiscal adjustment and employment measures in re-affirming its AA1 rating and stable outlook for the country.

“[T]he rating agency would consider a negative rating action if fiscal consolidation measures were reversed and planned structural economic reforms significantly delayed or diminished in scope, leading to a severe deterioration in the government's debt burden,” it stated in its country report.

Vanhanen on Saturday also confirmed he will not seek re-election to the Finnish Parliament in 2023.