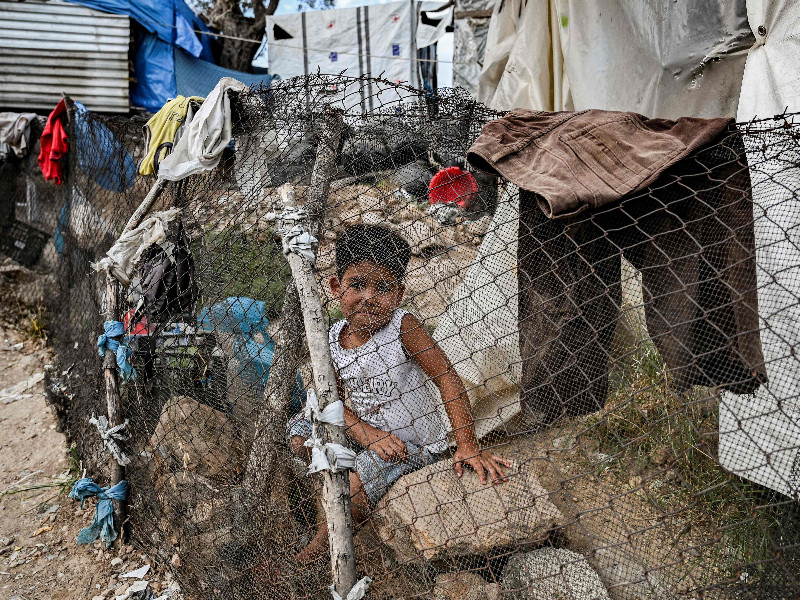 A child was photographed in a makeshift tent camp near the refugee camp of Moria on Lesbos, Greece, on 21 June 2020. (Aris Messinis – AFP/Lehtikuva)

“Mothers and children of different ages starting with infants. There are people of very different ages,” Monna Airiainen, the project manager for relocations at the Finnish Immigration Service (Migri), described the first of the two groups to Helsingin Sanomat on Monday.

Both groups will be subjected to a health check and placed in quarantine-like conditions for their first two weeks in Finland.

The Finnish government made its decision on the re-locations in February, pledging to re-locate a total of 175 refugees in vulnerable positions from overburdened refugee camps in countries along the Mediterranean. In addition to refugees from camps in Greece, the country is to receive 30 refugees from Cyprus and 26 from Malta.

The first group of refugees from the Mediterranean arrived in the country on 8 July, including unaccompanied 10–16-year-old children primarily from Afghanistan.

Airiainen told Helsingin Sanomat that single-parent families and unaccompanied children make up the majority of the group arriving from Malta.

“We’re still waiting for more details. We’re aware of about 20 [children and single parents] who have been approved. The current quota is 26, so that’s the most we can bring in,” she commented to the daily.