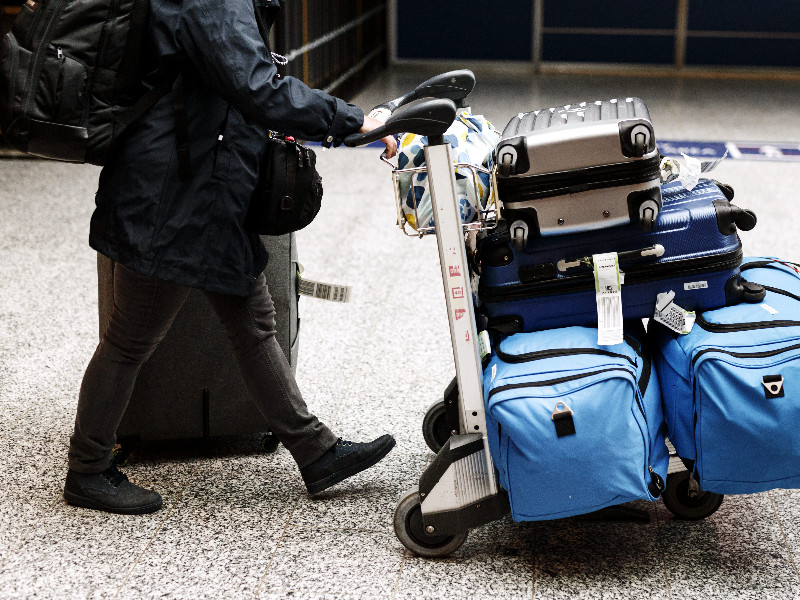 A passenger at Helsinki Airport on 13 July. (Roni Rekomaa – Lehtikuva)

THE FINNISH GOVERNMENT on Thursday updated its travel recommendations and restrictions after re-examining the epidemiological situation in countries around the world.

Finland, the government decided, will reinstate internal border controls and entry restrictions for passengers arriving from three countries where the number of coronavirus infections has increased in recent weeks – Austria, Slovenia and Switzerland – on Monday, 27 July.

The decision means that only return travel, work-related travel and other essential travel will be allowed from the countries, and that travellers are required to observe a two-week quarantine after arriving in Finland.

The government also decided to allow unrestricted travel from China, Georgia, Japan, New Zealand, Rwanda, South Korea, Thailand, Tunisia and Uruguay, in accordance with the recommendation issued on 30 June by the Council of the European Union. For China, however, the lifting of restrictions is subject to confirmation of reciprocity.

Work-related and other essential travel has been allowed from the countries since 13 July. Also Algeria and Australia were initially part of the group, but the government determined yesterday that they no longer meet the epidemiological criteria and decided to reinstate the external border controls and entry restrictions.

The government made its decisions based on factors such as the incidence of the new coronavirus in the countries, the trend of new infections and the economic significance of the countries for Finland.

It outlined earlier that the restrictions can be lifted for countries that reported no more than eight coronavirus cases per 100,000 inhabitants over the most recent 14-day monitoring period.

The decision will be in effect from 27 July to 25 August. The Finnish government will continue to re-examine the need for entry restrictions based on the epidemiological situation every two weeks.

Timo Harakka (SDP), the Minister of Transport and Communications, summarised yesterday that the government is opening borders to Asia. In Europe, however, close monitoring forced it to “take a break” on Austria, Slovenia and Switzerland.

“We’ll open our borders completely for, among others, Japan, Korea and Thailand on 27 July. It also happens to be [the date of] the first Finnair flight to Shanghai since February,” he tweeted.

Kirsi Varhila, the permanent secretary at the Ministry of Social Affairs and Health, confirmed to Helsingin Sanomat on Thursday that the government may have to reinstate the restrictions for more countries in light of the epidemiological situation in Europe.

“The disease situation is fairly stable in Europe, but it seems like [the number of cases] is growing slightly everywhere,” she said.

“If the disease situations can’t be brought under control, it does seem like more countries will be added to the list.”