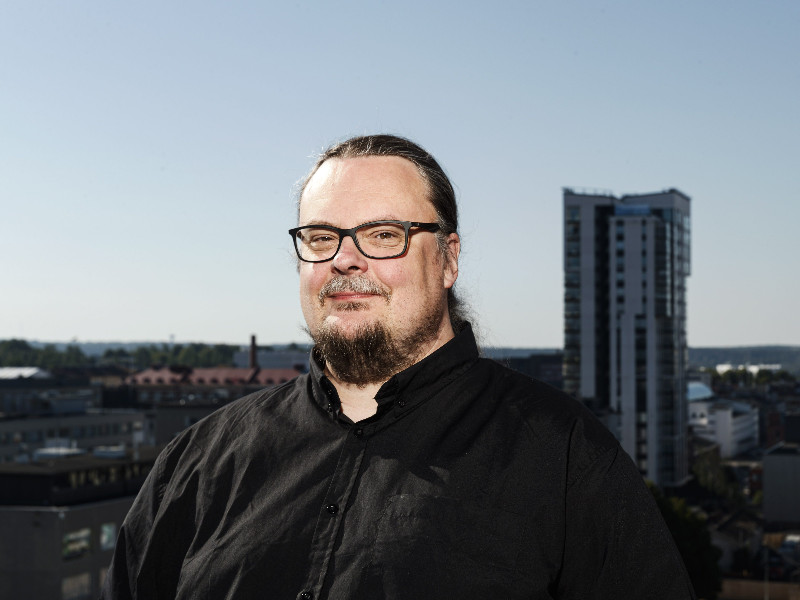 Solita, the developer of the national coronavirus tracing app for Finland, is hoping the app will have been installed on at least a million handsets a month after its still unscheduled launch, says Sami Köykkä, a senior consultant at the Helsinki-based software firm. (Roni Rekomaa – Lehtikuva)

THE CONTACT-TRACING APP developed in Finland has successfully identified contacts of carriers and notified other app users of their possible exposure to the coronavirus in the ongoing trial simulations, reveals Sami Köykkä, a senior consultant at Solita.

The Helsinki-based software firm has been appointed to develop the app by the Finnish Institute for Health and Welfare (THL).

The development process is being fast-tracked in order to ensure the app is ready before the possible second wave of coronavirus infections sweeps over Finland, according to Aleksi Yrttiaho, the head of information services at THL. In order for the app to succeed in cutting the chains of transmission, it has to be installed on a high enough number of handsets in the country.

“We’re looking to hit one million in the first month. It’d help if the second wave starts,” revealed Köykkä.

The solution is fundamentally relatively simple, according to him. The app utilises the interfaces of the most popular operating systems of Apple and Google and Bluetooth signals, storing data on all other phones that based on the strength of signal have been in the vicinity of the app user.

Whenever a person tests positive for the coronavirus, they are provided with a code by health care authorities that they can use to tell the app about the infection. Smartphones that have come into contact with the carrier for long enough will then inform their owners that they may have been exposed to the virus.

The app should neither use a lot of battery, nor stop working if it is not opened for a while in order to trace the chains of transmission as effectively as possible. That is why utilising the interfaces of operating systems was an easy choice for the developer, according to Köykkä.

“Phone manufacturers can build the interfaces in a way that they work reliably and don’t use too much resources. We don’t have to reinvent the wheel,” he said.

Both Apple and Google have announced they will allow only one contact-tracing app, developed by a national health authority, to their marketplace for that country – in the case of Finland, THL. One of the main open questions is how the apps are able to trace chains of transmission that extend beyond national borders without collecting any data, including location data, on the users.

The European Union has already begun mulling over the issue.

Köykkä revealed the idea is currently exchange key codes in countries visited by the app user and to enable the app to identify such countries anonymously based on the networks the user has roamed onto.