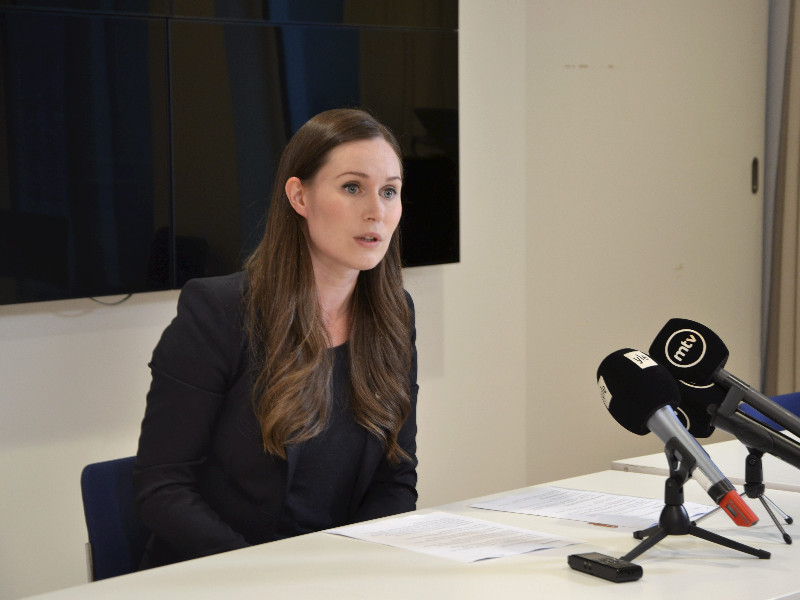 Prime Minister Sanna Marin (SDP) addressed the media after EU leaders thrashed out an agreement on a 750-billion-euro plan to pull the bloc out of the coronavirus-induced recession. (Heta Hassinen – Lehtikuva)

THE HEADS OF STATE of EU member states have wrapped up their record-long summit in Brussels, Belgium.

Helsingin Sanomat reported this morning that the heads of state found common ground on a 750-billion-euro instrument to support the economic recovery of member states from the shock delivered by the coronavirus pandemic at approximately 6.30am on Tuesday.

The heads of state also found an agreement on the framework for the next seven-year budget of the 27-country bloc.

The heads of state agreed that 390 billion euros of the recovery funding will be disbursed to member states in grants and the remaining 360 billion euros in loans. The proportion of grants and loans was one of the main bones of contention for what became the longest summit in the history of the EU, according to Helsingin Sanomat.

Prime Minister Sanna Marin (SDP) reiterated on the eve of the summit that grants should make up no more than half, or 375 billion euros, of the recovery instrument. Limiting the relative share of grants was a key objective also for the so-called frugal four: Austria, Denmark, Sweden and the Netherlands.

France and Germany, meanwhile, were reportedly demanding that grants account for at least 400 billion euros of the fund.

The agreement struck after more than four days of fierce negotiations also brings about revisions to the criteria for allocating the funding that ensure the share of each member state is relative to the impact the pandemic has had on their economy.

Helsingin Sanomat revealed Finland has estimated that it is entitled to roughly 3.2 billion euros from the recovery fund. Its contributions to the fund, meanwhile, will add up to about 6.6 billion euros between 2021 and 2058.